They’re too new to judge, but these restos are on our radar. 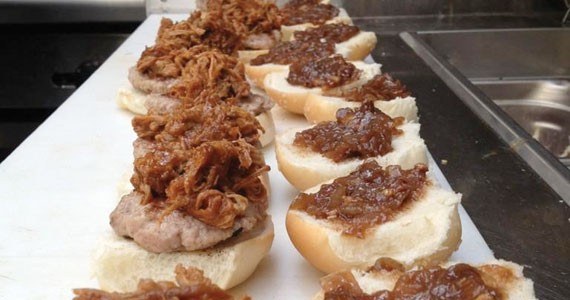 NOMAD GOURMET Rolling into downtown Halifax in late August, Nick Horne and his colourful restaurant on wheels shook up the public's perception of what street food is, and can be. Pulled pork and brisket and the Three Little Pigs burger (pork patty, pulled pork and bacon jam, TOGETHER) are just a tease from this tasty menu. Mon-Fri 11am-3pm, corner of Argyle and Carmichael Streets

THE FOOD WOLF Know what's better than a new food truck in town? Two food trucks. Thanks to Natalie Chavarie, Eric Gunnells and Virgil Muir, our bellies have been howling for comfort food that fuses the best bits of Latin and Asian cuisines (kimchi quesadillas, yo). Hunt this Wolf down @thefoodwolf for its next supper run. Maitland Street (behind the Bus Stop Theatre) and the corner of South and Queen streets

TEMPO FOOD + DRINK At the grand opening for this contemporary urban eatery, manager Peter Baylis called Tempo a triple threat. And it's true: the new Delta space has been pleasing the rushing-to-work crowd with its grab and go, wowing with bar flair and fancy cocktails and giving a glimpse at chef Leslie Hull's daily creations via an open kitchen since early November. Sun-Wed 7am-12am, Thu-Sat 7am-1am, 1875 Barrington Street

THE HIDEAWAY PUB & GRILLE The old Cellar Bar and Grill space was too good to waste and John Mihelcic recognized it. The freshly opened downtown spot has two personalities catering to your after-work classic pub cravings (wings, nachos and pot pie) and tempting your finer upscale-casual dining side (seafood, steak and pasta). Mon-Sun, 11am-12am, 5567 Brenton Place