The Villain’s Theatre’s World on fire

Villain’s offers a fantastical and feminist look at the planet with Colleen MacIsaac’s The Blazing World. 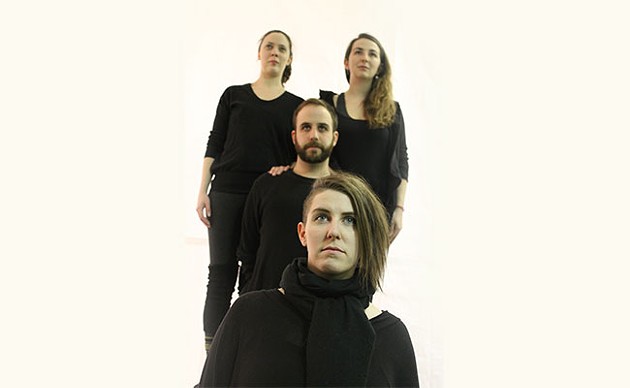 Colleen MacIsaac has written and is starring in

The Blazing World, previewing April 11 on Neptune's second stage and opening April 12. As a multi-disciplinary artist—she makes theatre, comics and animation, to start—having more than one job on a project is not new to her, but the "starring" part is.

"It's been nerve-wrecking acting in a play I wrote," says MacIsaac after a notable pause. "I've done quite a bit of acting, but I would be more of a character actor in smaller parts. It's definitely throwing some new things at me."

The Blazing World is based on Margaret Cavendish's 1666 novel A Description of a New World, Called The Blazing-World, about a woman from earth being transported to another world. MacIsaac's Blazing World is set now, about a woman studying climate change in the Rockies. It's some science and some activism and some humour, "combined with this fantastic journey," says MacIsaac. "She's sucked into this world that is like ours but also different, following in the footsteps of Alice in Wonderland and The Wizard of Oz.

"It really intrigued me, this proto-science fiction, proto-feminist piece," says MacIsaac, who's been shepherding the script through workshops by DaPoPo Theatre, Stages and LunaSea Theatre, whose Ryanne Chisholm is directing the run. (This production, by The Villain's Theatre, is at Neptune through its Open Stages program.)

You don't need to be up on your trailblazing proto-feminist sci-fi writers to enjoy The Blazing World—being alive now is enough background. "When I started writing it was set in 2015 Canada and it was about the Harper government censoring scientists, which thankfully is no longer the case," says MacIsaac. "But it touches on a lot of contemporary issues. You could go and see it and have no idea that it was based on the original works."