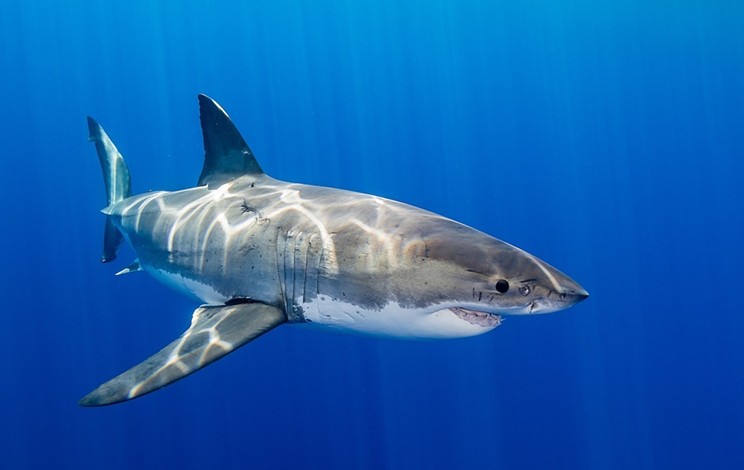 wildestanimal
The white shark’s reputation has gotten a makeover in recent decades, from the monster of our horror movies to the misunderstood animal of our nature documentaries.

A new study dispels popular beliefs about how much the big-toothed predator is prowling near our shores.

On August 30, 1891, a 21-year-old sailor named John Roult was knocked overboard and “immediately seized” by a shark. The predator had been following the French fishing schooner Societe off the coast of Halifax. Both Roult and the shark were never seen again. At least that’s the story that appeared in the August 31, 1891 edition of the Washington Post. Roult’s death is the earliest confirmed shark attack in Nova Scotia.

The evening of August 13, 2021, 21-year-old Taylor Boudreau-Deveaux was swimming off a boat near Margaree Island in western Cape Breton when she was bitten by what is believed to be a great white shark. She was airlifted to the hospital, underwent surgery and received a lot of stitches, but she’s doing fine now. This is the most recent apparent shark attack in our province.

If you’ve seen the headlines, it would be easy to believe the number of white sharks around Nova Scotia has exploded in recent years. Thanks to OCEARCH’s shark tracking app, anyone can check up on our local sharks in real time. Just this month, a white shark named Tancook has been hanging out in Mahone Bay, and another named Keji is swimming in Musquodoboit Harbour.

So how many shark attacks happened in Nova Scotia in the 130 years between John Roult’s death and the bite Taylor Boudreau-Deveaux received? Zero.

R. Snow
The white shark dubbed Unama’ki, caught for tagging off Nova Scotia by an OCEARCH boat in 2019.

Jaws. Deep Blue Sea. Sharknado. A triangular fin looming amongst the waves. It’s obvious why the great white shark has captured our imagination. It’s a powerful, majestic and giant ocean predator that inspires both fear and fascination. The white shark’s reputation has gotten a makeover in recent decades, from the monster of our horror movies to the misunderstood animal of our nature documentaries. This week, Discovery Channel has dedicated seven straight days of content about Carcharodon carcharias, the annual tradition known as Shark Week.

But increasing presence in the media doesn’t translate to an increased presence of sharks in the water—at least not in Canada. Heather Bowlby, lead researcher of the Canadian Atlantic Shark Research Laboratory at the Bedford Institute of Oceanography, says in an interview with The Coast: “If you were a child in Nova Scotia 50 years ago, the risk is probably similar now.”

Sure, shark attacks are rare, but are there more white sharks coming here? Nova Scotia has rising water temperatures and a growing grey seal population, which is why, as this 2020 study hypothesizes, the province is becoming increasingly appealing for these sharp-toothed predators. But a more recent study, published last month by Bowlby and a group of top shark experts in the Canadian Journal of Fisheries and Aquatic Sciences, might dispel the myth that our province is becoming a white shark hotspot. “I find there's no real evidence of large scale abundance increase, or even large changes in presence in Canadian waters,” Bowlby says.

Her team analyzed 10 years of data from tagged sharks to find out what proportion of them were swimming up to Canada. Even though more and more sharks are getting tagged every year, the proportion of them making their way here has remained consistent, and low. In any given year, Bowlby says about 20 percent of the tagged white sharks in the North Atlantic are detected in Canada—the maximum was 23 sharks in 2019.

“White sharks are on people’s minds, absolutely,” Bowlby says. “They're talked about in the media, and now that we can track them through some popular online apps, or that we hear about monitoring efforts going on, it gives the impression that there's a lot more of them here. But the data that we have doesn't support that impression.”

Of course, not all white sharks are tagged, and there isn’t an abundance estimate yet of the total shark population in the North Atlantic. If it’s similar to other areas or other oceans, Bowlby says the population could be between 2,000 and 5,000 sharks—and again about 20 percent of those would periodically visit Canada.

Factors could change that cause more sharks to come to local waters. The population could rise in the future, for example, although Bowlby explains that the growth would be very slow, as white sharks don’t have a lot of pups in their lifetimes. Or white shark distribution in the Atlantic might shift, which would happen due to changing characteristics like ocean temperature and available prey. This is why the main goal of Bowlby’s research is to understand the white shark’s “critical habitat”—the habitat needed to support an animal's full lifespan.

The white shark population is experiencing a rebound off the east coast of the United States, but we aren’t seeing the same increase here. The reason for that is simple: our waters are just too cold, Bowlby says.

By looking at white sharks’ behaviour while they are here, typically from early July to early November, Bowlby’s study suggests that they’re using Canadian habitats for feeding, because the tagged sharks were shown swimming near the coast and at the top of the water. And Nova Scotia has the two largest grey seal colonies in the North Atlantic, which are a favourite food for adult white sharks. But Bowlby’s team found something surprising: The white sharks tracked in Canadian waters are mostly juveniles—and they’re too small to eat grey seals. They predominantly eat fish. “We would be expecting to see adults—and that doesn't seem to be the case,” Bowlby says.

“Something the size of you could not eat a 600-pound adult male grey seal,” Bowlby says, “it would have a really hard time doing that.” Well I’m not nine feet tall, but to be fair we had a phone interview.

Speaking of seals, it’s often said that a hungry white shark will mistake humans for seals, and that’s what causes shark attacks. Bowlby isn’t convinced. “I find it unlikely,” she says, “that an animal that's been around for so many thousands of years isn't able to identify their prey with a very high level of accuracy.” However, sharks are very curious animals, Bowlby explains. They’re known to bite things floating in the water, like boats and docks.

“When you think about it, if we are investigating something, what do you do? You pick it up, right? Like you put it in your hands, you move it around, you manipulate it. The only way a shark can do that is with their mouth. And so, there may be cases of mistaken identity, I'm not meaning to imply there aren't. But there are also cases where white sharks don't understand what something is in the water until they bite it.”

Of course, whether a shark is hungry for flesh or just investigating makes little difference to the human on the receiving end. An exploratory bite from a juvenile white shark can be deadly. To avoid that rare shark bite, don’t swim at dawn or dusk, near prey or in rough waters.

“There is no question that a little prudence is warranted,” Bowlby says. “Would I go sit on top of a whale carcass that I found floating around? Probably not.” She hopes her work will quell the fear surrounding sharks. She’s heard anecdotal reports of people not wanting to swim in our oceans anymore, or checking a shark tracker before taking a dip.

“I am an avid ocean user. I swim and surf and kite surf and dive, and my kids do, and my family does. And I think that we should enjoy the beautiful ocean we've got here in Nova Scotia.”

Kaija Jussinoja is a news reporter at The Coast, where she covers the stories that make Halifax the weird and wonderful place we call home. She is originally from North Vancouver, BC and graduated from the University of King’s College in 2022. Jussinoja joined The Coast in May 2022 after interning at The Chronicle...