The trouble with NSCAD

The provincial government will soon decide the fate of Halifax’s financially challenged art school. Merge with Dalhousie? Build another new building? It's an open question. 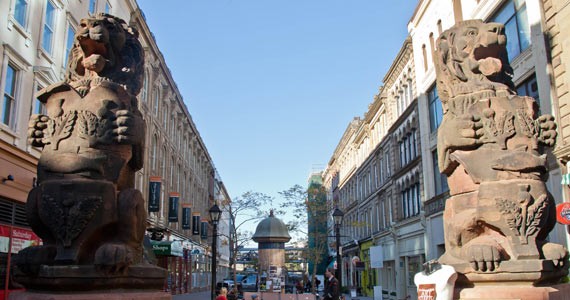 At the heart of Halifax, and Nova Scotia for that matter, is culture. It's what makes us unique, innovative, sometimes a little strange but oftentimes enviable. Here, art is practically a natural resource. Our musicians, designers, artists, filmmakers and actors are abundant, and making national—or international—names for themselves. And while cultural value doesn't always necessarily come in the form of dollars and cents, the growing creative economy already contributes over $1 billion to Nova Scotia's economy. But with NSCAD University staring down the barrel of a deficit of over $2 million this year, the future of the nearly 125-year-old institution, one of the province's main creative arteries, is threatened.

An art school in trouble isn't a new story. And in Nova Scotia, a university in trouble isn't necessarily a surprise either, given the sheer number of post secondary institutions trying to stay afloat. But after years of murmurs of NSCAD's impending financial doom, the issue came to a head on September 23 when Howard Windsor entered the picture.

The former deputy minister and one-time policy analyst was appointed by labour and advanced education minister Marilyn More to spend some time exploring the ins-and-outs of the institution, and options to lessen the school's financial pressures and ensure its sustainability. After not only looking at the books, but meeting with students, faculty and administration and spending time on NSCAD's campuses Windsor is expected to deliver his prognosis by the end of November. With the tight turnaround for his report to More looming, it's hard to not let your mind imagine Halifax, Nova Scotia or even Canada without NSCAD.

"The historical backlog of NSCAD has been highly respected, and should be honoured," says Daltry Lemir, the student union's VP financial. "To lose staff, courses, departments would completely change what NSCAD is."

The brainchild of Anna Leonowens, a British educator and activist, NSCAD has carved out its place as an incredibly relevant piece of Nova Scotia's heritage, offering local and come-from-away creative minds quality arts education since 1887, putting Nova Scotia on the map for longer than The Bluenose. That makes it one of Canada's oldest art degree-granting institutions, one of only four in the country, alongside British Columbia's Emily Carr University of Art and Design, the Alberta College of Art and Design and the Ontario College of Art and Design University. Even with similar institutions conveniently placed in each region of the country, NSCAD's still drawing half of its students from outside of Nova Scotia, including Lemire, an Alberta native, and the entire student union of NSCAD's executive.

"I just always wanted to go here," says the union's president Robyn Touchie, who moved to Halifax from Dawson City after hearing about NSCAD from travelling artists. "You get perspectives from other parts of the world, and Canada. And I'm able to dip my toes in so many different media."

After surviving for over a century as an independent art school, how exactly did NSCAD's fate end up in the hands of Mr. Windsor? Most fingers are wagging at the school's addition of the port campus. The expansion, which opened its doors in 2007, allowed more space for the bigger and messier programs like metal, wood, ceramics and sculpture, a home base for first-year, foundation students and helped play a role in revitalizing the then lifeless port. While most NSCADers will agree that the port campus was a positive and even necessary addition to the university, many suggest that the $17 million project was underfunded, with only $8 million of contributions from the provincial and federal governments as well as private donors.

"It wasn't until the 2000s that NSCAD began to be seriously involved in fundraising," says VP of university relations John Mabley. "For the longest time the needs of the university were basically met by the provincial government." It's estimated before that time the university had only ever privately raised about $2 million in total, in contrast to the roughly $1 million in private dollars that's been raised each year since 2006, which Mabley says isn't sufficient, but it's a start.

Enter David Smith. The NSCAD alum took the presidential reigns from Paul Greenhalgh in summer 2006 when, he jokes, that he "inherited a bit of a situation." With a capital campaign that never fully got off the ground, and a necessary bridging loan, he's essentially been digging out since joining the school, citing that the creation of the university relations department was an effort to combat fundraising issues.

"People are not going to fund an operational deficit," says Smith. "I challenge anyone to find me a donor anywhere in this country that'll say 'Here's money to pay off a bank loan.' What people want to fund are opportunities."

On top of already growing debt arrived 2008, a year that financially changed the world economy; but the breaking point came this year, when the province announced a cut to grant funding for all universities. With 60 percent of NSCAD's funding coming from government grants, Mabley says a seemingly measly four percent cut hits the institution hard: "NSCAD had been carrying debt since 2007, but the capacity for the university to carry it any longer has been reached."

With 10 percent of NSCAD's budget going towards debt repayment, on the surface it seems like keeping focus on the future rather than the unfortunate financial past would be a difficult task. But the growing awareness of NSCAD's financial trouble seems to have awakened a community spirit that had long been dormant. For starters, after 10 years of being basically defunct, the university's alumni association has been rejuvenated, voting in its first board of directors since 1999 this summer. Just in time for NSCAD's 125th birthday in 2012, the administration and volunteers have begun to bring the association back to life by planning events and building on alumni records.

With concerned former students flocking to support the school, the time to reconnect alumni couldn't be better. Resonating the message Nova Scotia Needs NSCAD loud and clear is the proud and prominent voice of Friends of NSCAD, an ad hoc group that's brought together students and staff from past and present, and concerned community members like Andrew Terris.

"You have to have people educated with creative skills to build a creative economy," says the longtime art advocate. "That's what NSCAD does. It's not some sort of fringe institution, it's central for building the economy of the 21st century."

Terris' informed opinion is just one of thousands. The Friends of NSCAD Facebook page is pulsing with evidence of the various branches of the university's impact. Bringing together artists, professionals and students from across the country and world, the page serves as a platform for testimonials, brainstorming and growing lists of people who've affected, or were affected by the school. The Friends have also circulated an internet petition, over 3,600 names strong, that demands the university be kept intact and independent.

"It is a unique institution and anything that will compromise its exceptional nature would be highly problematic," says Terris. "If it's the one institution that's really teaching people to be creative and we think that economy is important, we don't want to kill the goose that laid the golden egg."

And above and beyond signing their names on the dotted line, the outpouring of supporters are devoting energy to student-run town hall meetings, newsletters, videos, blogs, button-making and letter-writing campaigns as they await word from Windsor.

During this waiting period the biggest "what if" seems to be the issue of a potential merge. The pairing of NSCAD with Dalhousie University isn't a new idea but a seed planted in Dr. Tim O'Neill's Report on the University System in Nova Scotia compiled last fall for premier Darrell Dexter. In response to this prospect there's a resounding opposition from all sides: Students, administration, faculty and staff say independence is key in maintaining NSCAD's integrity as a unique institution with a brag-worthy history.

President Smith is positive that NSCAD will not become Dalhousie University's arts department. "Why would they want to take on someone else's debt? The only way they'd be interested, pragmatically speaking, would be if it was fixed first," he says. "And if it was fixed, what's the impetus to merge? I don't think it's a possible or plausible outcome."

While Smith recognizes other options such as shared administration he says the answer could be in the real estate. Because of maintenance costs and accessibility issues the historic Granville campus, as beautiful as it may be, isn't a realistic home for NSCAD in the long-term. A move south is one of Smith's suggestions for Windsor.

"If we're able to leverage what we have at the Granville campus and build a purposeful facility near the port that's not a leased property, it would serve a number of purposes," says Smith who adds that the move would be a fix in terms of campus operations, accessible space, as well as a revitalization of NSCAD's "synergy" by having the buildings in one location. "It's the pedagogy of teaching art," he adds.

The student union also brought its own recommendations forward for Windsor to review during his time at NSCAD. Robyn Touchie says along with a list of concerns, SUNSCAD suggested the former minister take into account the needs for improved alumni relations, more transparency in financial reporting, greater effort put into seeking fundraising alternatives and audits of both campus energy costs and the senior administration costs. That desire for transparency is heightened as NSCAD's ongoing faculty negotiations, and the potential for strike, add a complicated layer.

Looking ahead, Smith says a quick fix is near impossible. But with the NSCAD community of the past, present and future as fired up as they are, it seems as though the solution, or at least the path to imaginative solutions, is right at the heart of the matter.

"What we do so uniquely at these schools is develop these wonderful thinking skills that students are able to apply in the most amazing ways," says Smith, who points out that the value of an arts education is immeasurable. "For business people the notion is you have to innovate to succeed...and the foundation of innovation is of course, creativity. It is crucial that we embrace thinking as creatively as possible because there's only so many ways of doing things, the more creative we are the better equipped we are to face the challenges coming at us."

Though Windsor's take on the situation is still up in the air, if given the chance to make a change NSCAD couldn't be in a better position to hit the ground running. Why not tap into the alumni association, the Friends of NSCAD, students and faculty, that natural resource that's become more accessible over the last month, and see what ideas percolate? Here's betting the results would be inspired.