Tonight at the Coconut Grove 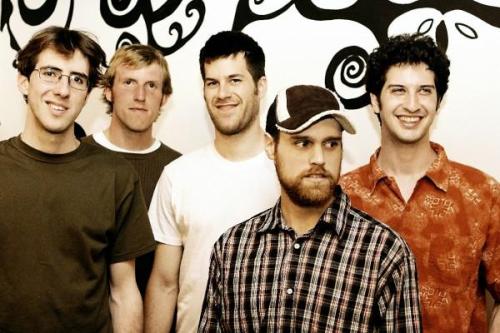 Local “grass-fusion” pioneers The Strangeboys perform at the Coconut Grove on Thursday May 21 (10pm, $6) and those who attend will have the unique pleasure of being treated to experimental bluegrass. The Strangeboys tour extensively in Nova Scotia, often in smaller, rural towns, but they don’t neglect the cities. Their monthly engagements at Bearly’s have provided them with a loyal audience and a chance to examine cultural differences between Barrington Street, and, say, Bear River. “Rural audiences tend to enjoy the straight-ahead bluegrass while urban audiences are definitely more into the more experimental side of our music. For example, at a venue like Coconut Grove we get a younger audience that wants to hear some bluegrass but they also want to hear what weird and new direction we will go in with the sound. At these shows, we often drop into funk, jazz, reggae, and yes, even techno jams. This is where term ‘grass-fusion’ comes from,” says Neil Wiancko (banjo, vocals). “I like to think that our music bridges the gap between urban and rural. When we play for urban audiences you can see people asking themselves, ‘where are these guys from and why are they playing this country twang?’ However, eventually they all suspend any disbelief and begin to feverishly dance while grabbing their belt buckles. “ Feverish dancing absolutely must be on the menu this Thursday, because one doesn’t just let 20 part experimental bluegrass compositions go by unnoticed. “We have just written some new songs that we will be debuting that night that really delve into the grass-fusion style,” says Wiancko. “One of the songs, titled ‘Insomniac Gargoyle,’ is a 20 part composition with lyrics, written by Jeff (Rothwell) and Dan (Latner), really epitomizes the direction that The Strangeboys are headed.”