The ups and downs of centralized information, streamlining services and continued change. 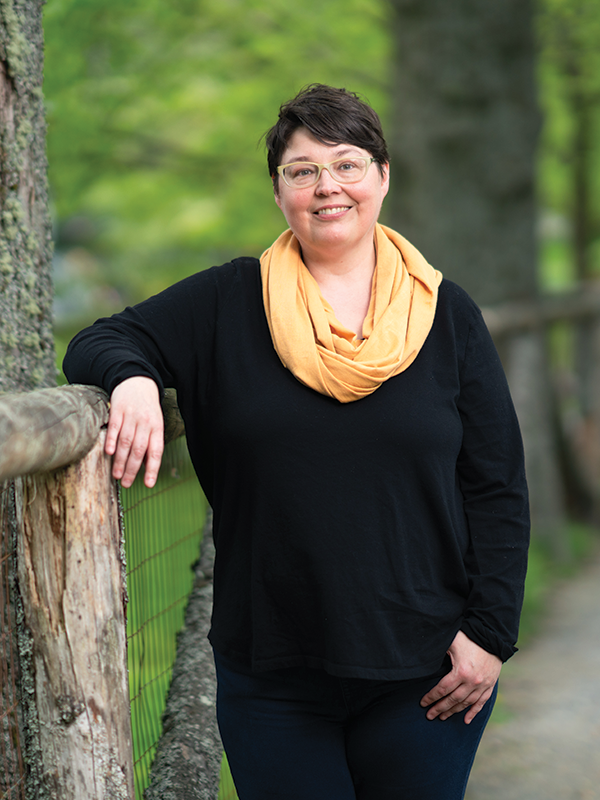 One of the biggest misconceptions about abortion, says Lianne Yoshida, a Nova Scotia physician and medical co-director of the Women's Choice Clinic in Halifax, is that people think it's a rare or unusual procedure. "It's very common," she says.

In 2018, there were 1,690 reported abortions at the four Nova Scotia Health Authority sites offering abortion services. The majority of them—86 percent—occurred at the Women's Choice Clinic at the QEII. The rest at the South Shore Regional Hospital, the Valley Regional Hospital and the Colchester East Hants Health Centre.

In 2018, Nova Scotia underwent significant restructuring of access to abortion services. "And I'm quite proud to say," says Yoshida, "that we have improved our access quite a lot in the last year and a half."

Advocates and practitioners worked to centralize the system, bringing all of the information and access points under one roof by creating one of Canada's first 1-800 numbers for abortion services (1-833-352-0719).

SUBMITTED
Martha Paynter is a registered nurse and a PhD student at the Dalhousie University school of nursing. You find her on Twitter at @marthpaynter.

Anyone who is considering those services can self-refer via the toll-free phone number, affirms Martha Paynter, a nurse advocate and PhD candidate at Dalhousie University School of Nursing: "That call will be answered." The person calling will be connected with the nearest ultrasound, serology—blood testing—and abortion provider as needed.

But like anything during a period of change, access to the most up-to-date information isn't always easy. "Things are changing so fast," says Paynter, "that a person's experience eight months ago, that's not how things are anymore." She describes it as a moving target, "which is fabulous," because things are improving. But the speed they're improving at mean it's a bigger challenge for practitioners to keep up with these changes.

The Great Change Resister in Nova Scotia—historical habit—was the main reason there used to be a requirement for a referral from a doctor for an abortion. In 2017, minister of health Randy Delorey announced that the referral was really just a convention, which led to it no longer being necessary by early 2018, which Yoshida says "made a big, big change."

"This is primary care," says Paynter. "There shouldn't be a gatekeeper."

A further element of change in abortion access is medical abortions or Mifegysmo—a series of pills taken over 48 hours. It was first used in France in 1987, and became available in the US in 2000. Mifegysmo became legal in Canada in 2015, available for use in early 2017 and covered by MSI in Nova Scotia by November 2017.

Since being introduced in Canada, restrictions around Mifegysmo have been loosened, rolling back rules on required training and who can or can't prescribe, expanding the ability to nurse practitioners and not just physicians. In April 2019, Health Canada dropped another requirement; now the pill is allowed to be prescribed without an ultrasound, another move towards making it easier to provide access to it.

Quick changes, and perhaps historical habit, have led to the slow uptake of practitioners to provide medical abortions, which is why Paynter recommends calling the phone number instead of waiting for an appointment with your family doctor—if you're lucky enough to have one. The province has a list of practitioners willing to prescribe, and will connect patients with the nearest one available.

The requirement for an ultrasound before prescribing Mifegysmo was dropped to help improve access in rural or remote areas where an ultrasound isn't readily available but access to blood work is. But ultrasounds are still considered standard practice in Nova Scotia. Robin MacQuarrie, president-elect of Doctors Nova Scotia and an obstetrician gynaecologist in Bridgewater, says an ultrasound is part of her best practice, how she ensures what she's providing is safe. Yoshida also prefers an ultrasound, and says "in the Nova Scotia context, we're lucky we actually have pretty good ultrasound access," says Yoshida. "It is, you know, another appointment but usually we can get it within a few days."

Whether or not physicians provide medical abortions, or move quickly on changes in recommendations, is about "physician comfort level" says Paynter. "Because people are not familiar with abortion, because we don't teach it adequately in our medical and nursing schools, we just don't have that level of comfort across the board," says Paynter.

A 2018 study of first, second and third year family medicine resident students across Canada found that 79 percent reported never observing or assisting with an abortion during training, and 80 percent of residents reported receiving less than one hour of formal education on abortion.

"This entire province treats women's health as an add-on and not as a core essential aspect of women's well being, and of people who can get pregnant's well being," says Paynter. "And so it's treated like this optional add-on and it is not."

To advocate for better care, Paynter says people should ask for what they need. If it's important to patients to get blood work, an ultrasound and a medical abortion all in one day, ask for it. She can't guarantee it will work out, but it could. And Yoshida is working to streamline the testing processes needed at the Halifax clinic but it's "a work in progress."

For people who can't advocate for themselves, or easily access the services available, there are organizations like Abortion Support Services Atlantic, which is dedicated to assisting anyone needing an abortion in any of the Atlantic provinces, with supports such as additional information, transportation and accommodation—or even just a friendly face to help them navigate through the process.

ASSC's coordinator Shannon Hardy explains that disparity of access becomes even more of an issue when long-distance travel is required, and harder still when costs start adding up; missed days of work, babysitting, gas money, overnight accommodations, flights. Lack of equal access puts an unfair burden on those who live far from services or who can't afford the extra costs. "We say that we have universal healthcare," says Hardy, "but literally, there's differences between cities."

For communities like Yarmouth, Sydney, Antigonish and Amherst, those outside of the four allocated hospitals that offer services, says Paynter, what's missing is willing providers. "You could be doing medical abortions in every single family practitioner's office in this entire country," says Paynter. "Practitioners are just not doing it." Education, comfort level and historical habit all play a part in what makes a practitioner a willing provider. And a limited number of willing providers means a lot of the effort to provide access "is on a very small and amazing work force," says Paynter.

Yoshida is part of that work force, and proves she is far more than just willing, as she hangs up the phone in the airport, about to board a plane to PEI—where she also provides abortion services. "I'm very proud of the work that I do and all other abortion providers do, because it is such an important service," she says. "And I'm glad I can help women in this way."

"There is no point in living if you don't get to govern your own body."

———
With files from Aisha Goyette and Kaila Jefferd-Moore