The side of town you don’t hear about

McMurray’s most famous drag queen gives us a tour. 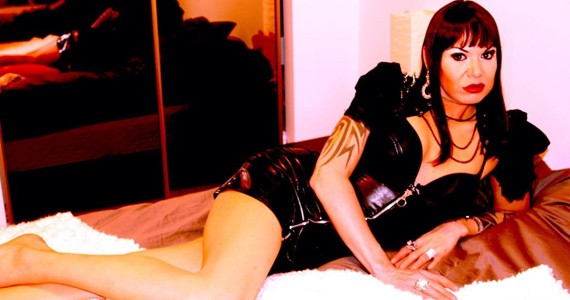 Massey Whiteknife
Iceis Rain recently starred in "Oil Sands Karaoke;" a documentary showcasing some of the faces making a living in For McMurray.

Born and raised in the Wood Buffalo region, drag queen Iceis Rain (AKA Massey Whiteknife) is an award-winning performer, business tycoon and youth advocate. Rain took some time to tell The Coast about McMurray’s LGBT scene, the best spots to meet new people and why our perceptions of life out west aren’t really accurate.

What’s the nightlife like in Fort McMurray?
It’s kind of hard to explain. There’s no gay bars. There’s no gay scene, but it is very accepting. There’s no bar that we should shy away from if we’re openly gay. A lot of the places people go to are the pubs. I think, when I came out when I was 18, back then it wasn’t really aceppted. But now it’s totally different.

Has it changed over the years, as more people have moved there?
Yep, and I think more of the awareness of it’s OK to be gay. You see that even in the chatrooms, with Facebook. Being gay, stuff like that, it’s not like they’re bashed.

Is there a big gay and lesbian community?
Surprisingly, there is but it’s very closeted. They’re very hush-hush. There’s no weekly group that meets up or anything. There is an LGBT group at the Keyano College. I think they meet like once a month.

Why is that? If it’s such an accepting place, why is everyone still closeted?
I think because they’re afraid. They themselves don’t realize just how accepting it is, maybe they still have that feeling. For me, I go out in public as Iceis Rain on like a Tuesday because I don’t care. I know the town doesn’t care. But that’s just me, right? There was the first gay Pride, it was a year ago. It was on the news out here, because they had a party at Bailey’s. I go there frequently to do karaoke and drag, and that place is very accepting to everybody. It wasn’t a very big parade. Then in the evening they had a party, but somebody outside burnt a Pride flag. It was the talk of the town for a couple days. I think that took it back a bit.

Is there anything the outsider might not know about Fort McMurray’s cultural or LGBT scene?
For the alternative lifestyle, for swingers and kink, there is a group. They meet I think every three weeks, on a Friday. It’s just a get together to hang out and talk, get to know each other. Like, on alt.com there’s a section on Fort McMurray that talks about things going on. There was a place before, that people used to go cruising, but it’s closed down. They’re redeveloping it. It really is social media. There’s Craigslist, PlentyofFish—that’s where you see a lot of gay people looking to hook up. Or Grindr.

You’ve lived there your whole life, so what’s your impression of all these workers coming, particularly from the Maritimes?
I’ve personally had all good experiences with all people that have come from the Maritimes. They’re all so family oriented, just like aboriginals are. Me being an aboriginal, we get each other. We are very family-oriented, even if someone is not our blood relative they’re still family to us. I find the same thing with people from the east. When they’re here in McMurray, they’re very family oriented as well. They take care of each other.