The Seaport Market and the problem of “authentic Maritime culture” 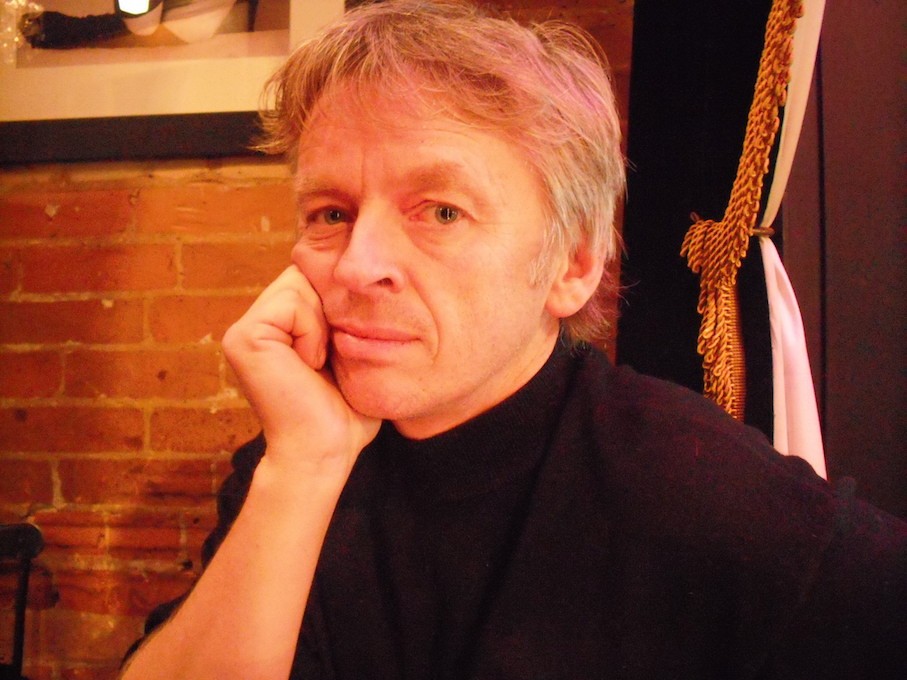 Sherwood Hines is a long-time community activist and currently works with homeless youth in Halifax.

Update: Hines has published an update about this Voice of the City submission on his own blog. For added context, we’ve added a relevant passage from that post below in italics. The rest of his original Voice submission follows.

“First of all, I wish to apologize to the Port Authority for potentially implying that it was they who were originally floating the idea of getting rid of the ethnic vendors in the market. I was only privy to hearsay from people in the know and the rumor that there was the intention to get rid of the ethnic vendors on the pretext that it was what the cruise ships wanted (they park their ships right up against the market). Who was behind that initiative was never disclosed during that meeting. —Sherwood Hines


A couple of years ago I was privy to a private consultation process (before it went to public consultations) whereby certain powers-that-be in control of the Halifax Seaport Farmers’ Market (and their supporters) floated the idea of getting rid of all the “ethnic” food vendors in the market–on the notion that cruise ship passengers come to Halifax to see (and purchase) “authentic Maritime culture”–and not to eat Ghanian peanut soup, Turkish borek or get some piping hot veggie samosas.

To say that we sat around the conference table a bit stunned at the idea, and its obvious racist/xenophobic overtones, would be an understatement.

I asked a colleague if they meant getting rid of everyone and leaving the space to the Mi’kmaq? (She kicked me under the table.)

But of course this is not what they meant. Did they mean Kraft Dinner and hot dogs then? (A favourite summer lunch down here.)

Preserving “authentic Maritime culture” is a term used a lot down here–both officially and unofficially–as the way to keep immigrants and come-from-aways out of the local economic, political and social power circles.

Now, the Farmers’ Market has come back with a new idea based on their “public” discussions and announced that all “ethnic” vendors will be moved off the busy main floor and relocated to the second floor before the busy summer season starts. They will be moved to where foot traffic is about 80 percent less than the main.

This will be the death knell for some–maybe most of the vendors. Which, I suppose, was the intent all along.

Three Halifax businesses have been fined in the last year for not serving blacks [Ed. customers of Bob's Taxi and the Halifax Alehouse, employees of Leon's]. (Wrap your head around that idea for a while…)

One of Canada’s national newspapers recently lamented the rampant racism that still exists throughout much of Nova Scotia. Government statistics note that 80 percent of new immigrants (and their money) leave the province within a year of arriving. [Ed. Hines has this backwards. The most recent stats say Nova Scotia has a 71 percent retention rate.]

It sometimes looks, smells, and walks like I moved to Georgia or Virginia when we came out here three years ago, but the days of a “whites only” province are numbered.

Either Nova Scotia realizes that immigrants and come-from-aways bring new money, global ideas, vibrant cultures, much needed jobs and new wealth creation for the province, or the province continues along its current path whereby it dies a slow and agonizing economic death.

That the decision to try and move the ethnic food vendors off the main floor of the Halifax Seaport Farmers’ Market has blatant undertones of racism is obvious to anyone who thinks about it for five minutes.

But there is also a second piece of chicken bone getting stuck in my throat about this whole issue.

At first I couldn’t put my hand on it, but then I realized what it was: the Halifax Port Authority (who is in charge of the Farmers’ Market) argues that the decision to move the non-white vendors upstairs comes out of “public consultations held in 2013″—implying as it does, that the process has been a fair and democratic one right from the beginning.

And that’s the bug-a-boo for me.

When “democratic process” is used to justify the marginalization of people. It’s the old “we are just doing what the people want” argument.

Which had me scrambling back to one of the most important books on democracy I have ever read: John Stuart Mill’s On Liberty, and his 19 Century examination of the dark side of democracy.

“The will of the people, practically means the will of the most numerous or the most active part of the people; the majority, or those who succeed in making themselves accepted as the majority; the people, consequently, may desire to oppress a part of their number; and precautions are as much needed against this as against any other abuse of power…this view of things…has had no difficulty in establishing itself; and in political speculations “the tyranny of the majority” is now generally included among the evils which society requires to be on its guard.

Society can and does execute its own mandates; and if it issues wrong mandates instead of right, or any mandates at all in things with which it ought not meddle, it practices a social tyranny more formidable than many forms of political oppression…it leaves fewer means of escape, penetrating more deeply into the details of life, enslaving the soul itself. Protection, therefore, against the tyranny of the magistrate is not enough: there needs protection also against the tyranny of prevailing opinion and feeling; against the tendency of society to impose…its own ideas and practices as rules of conduct on those who dissent from them…there is a limit to the legitimate interference of collective opinion…and to find that limit, and maintain it against encroachment, it is indefensible to a good condition of human affairs, as protection against despotism.”

Bertrand Russell also wrote excessively on the fundamental notion that of the infinite desires of man, chief is the desire for power over the Other. Most especially when the Other is different—socially, economically, culturally.

“this impulse to power has two forms: explicit, in leaders; implicit, in their followers…the kind of mob the [leader] will desire is one given to emotion than to reflection, one filled with fears and consequent hatreds…that the best elements in human life are collective rather than individual…one of the advantages of democracy is that it makes the average citizen easier to deceive, since he regards the government as his government.”

That the Halifax Port Authority thinks itself vindicated in this situation merely because they held “public consultations” is thinly applied varnish to a pile of horse shit. It still smells like shit, and will continue to smell like horse shit, no matter how many applications they try to apply.

That they try to hide their marginalization of the Other behind the facade of a democratic process is a page right out of Stephen Harper’s playbook.

That it is a reactionary response to a globalizing process, whereby Canada and Nova Scotia will increasingly become a multicultural reality, is easy to understand. “White Canada” and those who want to maintain a white Canada are increasingly within the grasp of global historic powers that are far beyond their control.

We are in a century-long transition period whereby Canada (and the US) will move from being predominately white to being a multicultural flower garden.

We can begin to understand that we are all flowers in the same garden and work together to best till our collective soil, or, we can deteriorate into a poisonous, collective, reactionary white narcissism which ultimately leads to violence, authoritarianism and social collapse.