The ruthless capitalism at work in cannabis dispensaries

Marijuana has been a counter-culture symbol for years. That's about to change. 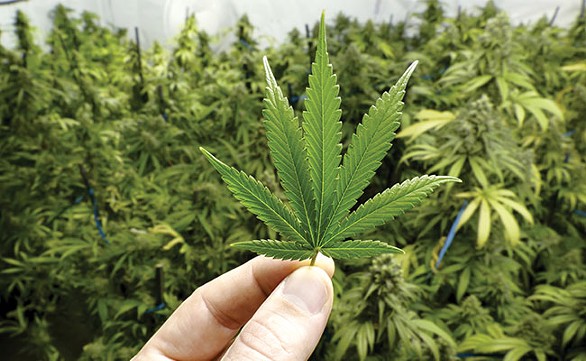 VIA ISTOCK
Luke Johnstone is a recreational marijuana user and Haligonian in exile. Due to legal and safety concerns, he is not using his real name.
At a show last summer, a musician friend said to me, “This is Pineapple Express—I bought it legally in Kensington Market.” Legal. Weed. Kensington. Toronto. That stuck in the memory banks, and I followed up next time I was in Toronto, visiting several locations of one well-reputed dispensary, sampling as many marijuana strains and concentrates as my budget would afford.

Signing up for membership was simple. The touchiest questions were the doctor’s name who had prescribed me cannabis (my retired GP’s did the trick), and I falsely claimed insomnia as my medical reason for consuming. After moving to Toronto I began looking for a and applied at the same dispensary. To my surprise, I was hired. As a “budtender,” I was selling high-quality products, and the work environment and pay were pleasant overall. I was, however, uncomfortable with the illegality and danger of the job, and eventually left.

What makes me more uncomfortable is what the arrival of storefront dispensaries could mean for our province, as well as for our relation to cannabis as a culture. The fact that the dispensary Canna Clinic has expanded from locations in British Columbia to Toronto—and now to Halifax—predicts an interest in our region by companies poised to profit from changing cannabis legislation.

Despite police raids, business in Halifax is said to be booming. If this is the case with one out-of-province company now, what does it mean for the future? Is there potential for a cannabis industry in eastern Canada comparable to that of BC’s? Though I think can be beneficial overall, after the bill is passed the question remains for me: “As a recreational cannabis user, how can I ensure that what I consume is ethical?”

In purchasing marijuana of an unknown source, there is the possibility of money trickling into crime. On the other hand, I have experienced the store-front dispensary model as a “fast-paced retail environment,” complete with a system of distributing tips based on personal sales. Despite medicinal rhetoric, it is clear that they can be ruthless capitalist enterprises. For example, during our training, we were informed that agents in cannabis can contribute to brain cell growth. No study was cited.

Like many marijuana users, I usually place myself left of centre, identifying more with the ideals of socialism than unfettered capitalism. For years, cannabis has been a counter-cultural symbol—a plant that can be grown almost anywhere with little care, giving it little marketing potential. As stated, this is about to change.

Though I have not given up on responsible dispensaries, I feel that it is important for Canadian adults to be allowed to grow and consume their own cannabis in limited quantities. With shifting public opinion on cannabis, it is my hope that superior gardening tools and techniques will be more widely accessible.

To this end, I would support not unlike a community garden, perhaps alongside an industry resembling the scale and dedication to of craft brewing.

I’ve left many significant issues surrounding cannabis untouched, but it’s important that consumers begin to ask themselves what truly constitutes ethical weed. In my opinion, nothing could be more so than growing your own.