At his first of two Company House shows, Royal Wood charms the pants off his crowd. 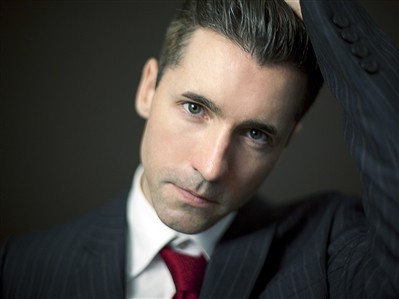 OK, maybe not the pants right off—-he is married to lovely lady Sarah Slean, after all—-but last night's show left nobody wanting. In a cheeky mood, Royal Wood started his set with the new single "On Top of Your Love," from his latest album The Waiting, telling the audience that he "made a racy, probably politically incorrect video" that he doesn't plan on showing his wife.

The track's meant to be a bit rockier than Wood—-on his gorgeous, stage-hogging piano—-and supporting man Joel Schwartz—-on electric guitar—-implied they could pull off with just the two of them, but holy, that man can play the keys. It doesn't matter what song, it's all captivating.

Moving between the piano and guitar, Wood pulled old favourites out of the vault—-"Under the Years"——and treated everyone to show staple "Lady in White," which finally made its way onto an album with the newest release.

"I hope you don't mind, this is a VH1 storytelling kind of evening," said Wood at one point. "I'm feeling chatty."

But nobody minded. Between hauntingly sad tunes ("Juliet") and new tracks that fans are just starting to get in touch with, Wood's banter with both the audience and Schwartz was ever welcome.

Wood and Schwartz are playing again tonight—-along with singer-songwriter Kim Wempe—-and you'd best get on that. Wood mentioned that he "fucking loves" playing in Halifax, and it's evident that it fucking loves him, too.