The roots of punk | Music | Halifax, Nova Scotia | THE COAST

The roots of punk

Despite persistent myths to the contrary, punk music has been shaped since day one by Black innovators. 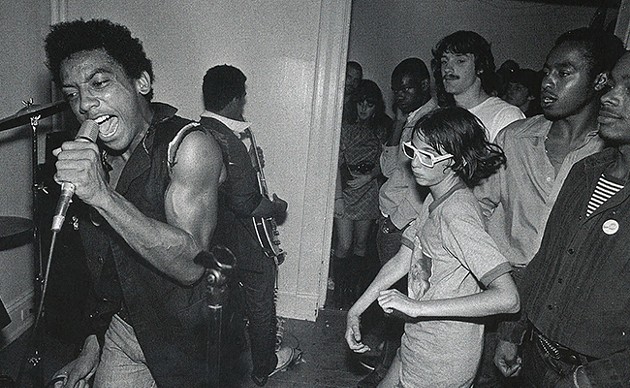 Two thousand one was a very important year for me. After discovering punk rock in elementary school, and attending my first local show in the spring of 2000, I had decided to take a leap of faith: Upon entering the ninth grade, I was going to fully embrace my new punk persona. I donned a leather jacket to school, sported a homemade necklace made from a length of chain and a padlock (a la Sid Vicious), and was rarely seen wearing t-shirts that did not feature designs and logos from my new favourite bands—The Misfits and The Dead Kennedys.

While my new look certainly got a reaction from some of my classmates, the thing that really shocked them about me was something they had known for years. I was Black. The difference was that now I was not the kind of Black person they were used to.

While my fashion choices have certainly been toned down over the years, the verbal abuse and instances of racism I've encountered at punk shows have only increased. I've been mistaken for security, asked for drugs and threatened with violence, but nothing hurts as much as being laughed at. I've been reminded of the novelty of my sheer presence at punk shows by drunk white men more times than I care to remember, from being repeatedly assured that I was in the presence of non-racists to enduring the all-too-familiar and severely mocking call of "Hey! A Black guy!" In more recent years I've been compared to a big black dog, hovered over by Nazi skinheads and told to my face that I do not "count" as a Black man.

Instances like these have only strengthened my resolve: Punk rock is music made by and for outsiders, and I'm so much of an outsider that at times even other people in the punk scene don't want anything to do with me. Even more ironic than this is the simple fact that Black people have been involved in the world of punk rock since its very inception.

English punks going to Sex Pistols gigs in late-70s London were introduced to reggae at those very same gigs by DJ Don Letts, who would spin reggae records from his personal collection in between bands, creating an intrinsic connection between two very different styles of music that exists to this day. Letts is also responsible for capturing some of the first ever footage of bands like the Pistols and The Clash, the latter of whom owes an overwhelming amount to the influence of reggae on its musical expression.

A lot of credit is due to pioneering punk women like Poly Styrene of X Ray Spex and Pauline Black of The Selecter, both of whom influenced countless women and people of colour to form and perform in their own bands without fear of rejection. Early punk's transformation into "hardcore punk" is hugely dependent on Black musicians like Karla DuPlantier of The Controllers as well as the now-legendary Bad Brains of Washington, DC; both of whom informed the subtle nuances of style like tempo shifts and confrontational showmanship that led to the maturation of the early punk sound and aesthetic.

These are but a few examples of the many Black musicians and scenesters who have been paramount in shaping punk into what it has become in 2017. If punk is truly a canvas on which an individual can create whatever they wish, there has been an ink spill on that canvas that has been growing rapidly for the past 40 years and shows no signs of stopping.

Now more than ever, people from marginalized groups have been encouraged to claim their identity and are being celebrated for doing so. Blacks and other people of colour, as well as women and members of the LGBTQ community have found solace in their punk identities, and to those who fear and dislike this new "PC" landscape that has helped so many people take pride in who they are, I must tell you—things are only going to get worse, so make room for us! We're loud, we're proud, and we're not going anywhere. I wonder if I still have my old leather jacket somewhere?

Chris Murdoch is a musician and doughnut enthusiast. He drums in Weekend Dads and co-hosts Out of Vogue Wednesdays at 9pm on CKDU. This piece was adapted from Murdoch's talk, "Black Dots," given at the EverySeeker Symposium at the OBEY Convention in May.