The Rhythm Method one more time 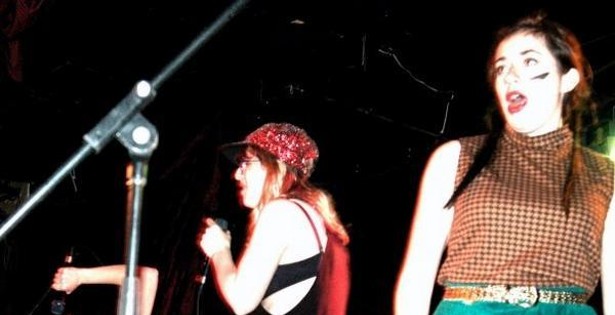 The delightful Rhythm Method (who recently released their EP December 6th at the Khyber) are playing again tonight at Gus' Pub with Evolution Meanders, Mantasy and the Calvin Mambridge Band. This may be one of your last chances to see the cycle-minded rap trio before their various travels impose a hiatus. Think of it as the band’s ovulating cycle. Made up of Sascha "Snake Chains" Garrey, Kristen "X-Teva" Finley and Angie "Hange" Chapin, the group have been laying down their innuendo-laced raps on Halifax for a blissful year and sadly, all good things must come to an end. “Kristen is moving to India! (I’m) moving back to Vancouver! But (we) are not moving to these places forever” says Garrey. “We're not promising anything but there may well be reunion-ish attempt in May 2009.” Until that magical day, get your fill with the recorded version of TRM. “The EP is called Celebrities with Low Self Esteem. No one can remember where we came up with that one, so go figure,” says Garrey. “It features some old favorites like ‘I'm Pregnant’ and ‘Too Small’ as well as some new ones like ‘What About Sports?’ and the revealing track ‘Crush’. Though there are all of six tracks on the EP, it took us two years to record. My mum is giving it to all of the members of her book club for Christmas.” If you’re planning your social calendar around The Rhythm Method’s goings on, you might want to hold off. “Future band plans still remain mysterious,” says Garrey. “However we have a couple songs in the works and a music video that is set to be filmed in mid-December before we all take off forever-ish.”