I hope Meredith and Creed have a dance-off or something 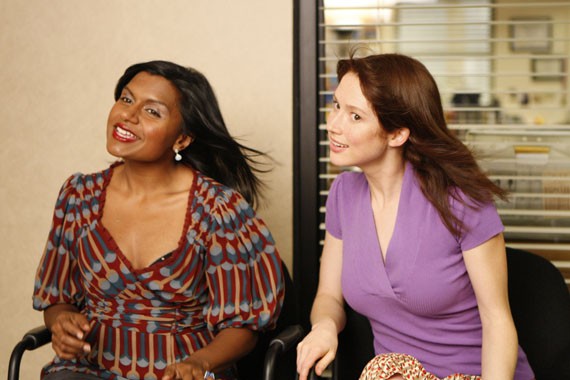 Kelly and Erin—prolly jammin' to In-Flight

In-Flight Safety's John Mullane proudly announced today that tonight's (Thu, Jan 19) episode of The Office will feature not one, but two, In-Flight songs: "Big White Elephant" and "Model Homes" (from 2009's We Are an Empire, My Dear). With Danny Ledwell's appearance on Letterman this week, I could almost consider this a streak for the IFS lads. Believe it or not, Mullane just found out today, because that's how fast TV guys move. "I think someone just dropped some songs on the desk of the people who do the show and they were all like 'yo, I like this stuff, let's use it'," says Mullane. "And that was that. Wow."

For the record, Mullane's favourite Office character is Andy. "Maybe because I like the first Hangover movie. I dunno."