The North American Indigenous Games are coming to Halifax this summer

The largest sporting event the Maritimes has ever seen will bring 5,000 youth athletes to the city. 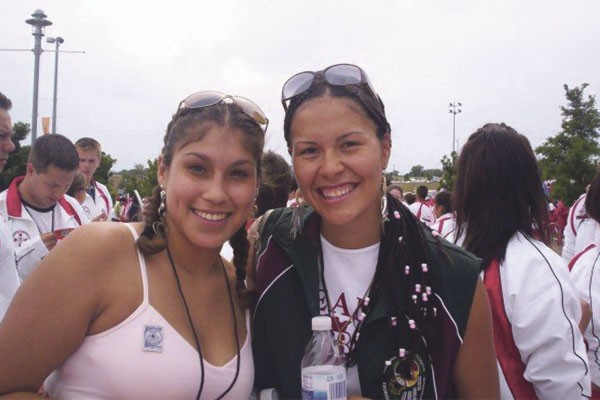 I n July—a mere 143 days away—thousands of youth from across North America will be in Halifax, celebrating the largest sporting event the Maritimes has ever seen since European contact. Five thousand athletes, 756 Indigenous nations, 16 sports, 21 venues—all with the help of a hopeful 3,000 volunteers—will compete, celebrate and share their culture from July 12 to 18 for the North American Indigenous Games.

A serious undertaking by any standards, but a worthy one, says Savvy Simon, who calls the games "the Olympics for Indigenous people."

Simon is a North American Indigenous Games alumni, who competed in volleyball at the Winnipeg games in 2002 and softball at the Denver, Colorado games in 2006, for her home province of New Brunswick. But for these games, as a seven-year resident of Halifax and representative of K'jipuktuk she's working as NAIG's social media ambassador and a volunteer.

Her experience with NAIG was so formative, she wants to give that same "pleasant and joyful experience to other youth."

One of the most memorable parts of the games Simon participated in was getting to "experience the culture of other natives" in the off times, she says. Competing alongside teammates from your province also creates a unique experience, says Simon, because it brings together Indigenous youth from across their own province who otherwise wouldn't have met. And "representing your your community and your tribe," says Simon, gives "so much pride and so much self-esteem and confidence boosting for the youth."

"There's a lot of pain being a native person in Canada and in USA," says Simon. So being able to come together with so many like-minded people has a huge impact on the joy and happiness of the youth—in feeling like "we're together and we're community and we're not alone in our day-to-days...working towards our own healing."

The last games were hosted in Toronto in 2017—and team British Columbia took home the overall win. At these games, athletes will compete in canoe and kayak on Lake Banook, athletics at Beazley Field in Dartmouth and Point Pleasant Park, softball in the Halifax Common, wrestling at SMU, volleyball at the Canada Games Centre, swimming at the Dalplex, Archery at the Millbrook Archery Facility and baseball, golf, badminton, soccer, beach volleyball, basketball, lacrosse and shooting in other venues all over HRM.

The event organizers are hoping to get 3,000 volunteers for the games. Anyone over the age of 14 can sign up to help with food services, media, communications, medical, IT support and more. The games also has open applications for volunteer lead positions up on its website.

And, the biggest challenge the Indigenous games may face? Simon's guess is as good as any: parking.

For her it matters that non-Indigenous people celebrate the games, cheer on athletes and share in what is sure to be one heck of an event. "That's how we're going to collectively work together to eliminate racism."

At the volunteer launch at Halifax City Hall on Friday there will be speakers, honoured guests, cultural performances and snacks.