The next wave of China Town | Food | Halifax, Nova Scotia | THE COAST

The next wave of China Town

After leaving her landmark-like Bedford location behind, Jane Chen is getting ready to debut the next wave of China Town Restaurant. 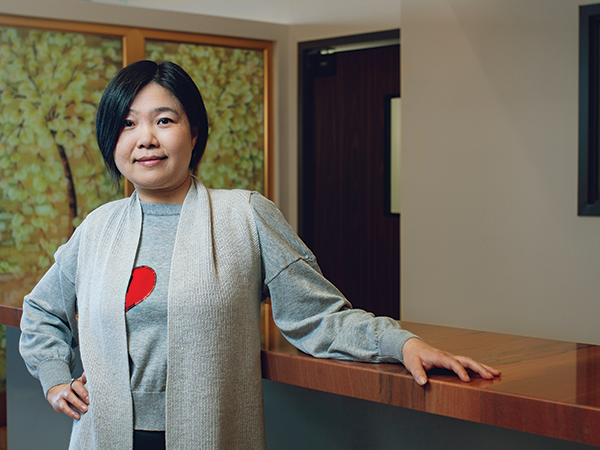 LENNY MULLINS
“My whole life has been business,” says Chen.

April, China Town Restaurant will reopen on the Bedford Highway in a new location with an expanded menu.

Owner Jane Chen is excited for customers to see the new spot, which she designed and decorated herself. She handpicked the lights, wallpaper and much of the furniture during her most recent visit to China. While the location may be smaller than the original, the high ceilings and shimmering crystal light fixtures provide an air of spaciousness. A painted mural of lotus flowers leads to the main dining area, which offers an expansive view of the Bedford Basin. The restaurant seats almost 180 people.

To accommodate the larger menu, Chen installed two kitchens—one on the ground floor for main dishes and one in the basement for dim sum. The menu will offer new noodle dishes and dim sum options alongside revamped versions of old classics like Chen's updated spring roll recipe. As before, there'll be a wide range of offerings, from traditional Chinese cuisine to Canadian-Chinese.

"If I didn't have chicken balls I don't think people would come!" Chen says, laughing. "But half the menu is authentic Chinese food."

Chen's great-grandfather was a chef in China, as was her father. Her parents ran a dim sum restaurant when she was growing up. Chen remembers watching her father cook when she was as young as eight years old.

In 2002, Chen and her family immigrated to Canada. After two years she decided it was time to open her own business. Her first restaurant, HK Wong's Palace, is still a lively place after 15 years on Portland Street in Dartmouth. At Wong's, Chen decided to focus on Canadian-Chinese cooking, but she soon began searching for another restaurant where she could offer a larger variety of traditional Chinese cuisine.

When she discovered that the previous owners of China Town were looking to sell, she took over and revitalized the menu. Word of her dim sum and more and more customers began to frequent the restaurant, slowly turning the flailing joint into a favourite eatery.

Chen has always enjoyed cooking. She says that even at family dinners, she insists on single-handedly doing all the food prep. "I don't let them touch anything," Chen said. "I have a lot of energy. People say, 'How do you do it?'"

She owes her work ethic to her parents. As a child, she watched them manage their business, which provided her with the skills she needed to launch her own.

"My whole life has been business," Chen says. "That's why I can handle it."

Not only can she handle it, enjoys it. When she goes home at night, Chen often finds herself Googling ingredients and thinking about how to switch up her recipes.

She is looking forward to April so that she can show customers how China Town has changed, while also highlighting the many ways it remains a community hub. In the spirit of that community, for the first three the new restaurant will donate one dollar from each bill to a local cause