As actors and producers meet in the middle to avoid it, Carsten Knox explains what an ACTRA strike could mean to the local film and TV community. 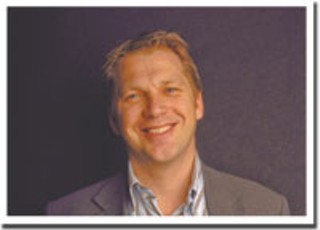 Negotiation nation Mike Volpe is one of many who will be at the table this week.
photo Michael Tompkins

The Canadian film industry is holding its collective breath this week as representatives of the Canadian actors’ union and movie producers return to the bargaining table for a last shot at creating a new labour agreement and averting an industry-wide strike that could take place at midnight on Monday, January 8.

On Wednesday, January 3, representatives from the Alliance of Canadian Cinema, Television and Radio Artists sat down with dealmakers from the Canadian Film Development Production Association to try to hammer out an agreement acceptable to both parties. ACTRA, which represents 21,000 performers across the country, has been in legal strike position since the beginning of the year when the previous Independent Production Agreement expired, but agreed to hold off on action when it got word the producers were open to discussing increased wages. Also at stake, besides ACTRA’s initial position for a 15 percent wage increase over three years, is how reality TV and fact-based programming affects ACTRA fees as well as performer residuals for new media broadcast, among other issues.

Talks had broken down before the holidays when the producers’ initial offers were roundly rejected, but this return to bargaining is considered a heartening development. Gary Vermeir, a longtime local ACTRA branch representative, says a key effort on the part of ACTRA is to work toward financial parity with the Screen Actors’ Guild, the US union, “so when American actors are brought into Canada to work they’re not making 30 percent more than the Canadian performers are, which is sort of the way it is now.”

It’s worth noting that SAG will support ACTRA if there is a strike and recommend their members not work for Canadian producers. “We have a close relationship, we supported them during their commercial strike a few years ago, they’re going to return the favour,” says Vermeir. “It means there aren’t going to be any performers for Canadian producers if ACTRA does go on strike.”

ACTRA has drafted a letter of continuance for productions in progress, such as Outlander and This Hour Has 22 Minutes, in case a strike goes ahead. “If a producer signs it will enable him to continue shooting, to basically get around a work stoppage, and it involves a small increase of fees,” says Vermeir.

Mike Volpe is the president of Topsail productions, a longtime producer of Nova Scotia-shot TV drama as well as Trailer Park Boys. A board member of CFTPA, he’ll be at the negotiation table in Toronto this week. He points out that in the early part of the decade, there was a boom in the film and TV business due to a raft of American productions, encouraged by the low Canadian dollar. Now the dollar is up and US states are offering many more tax incentives to keep Hollywood at home, and things are much slower.

“Right now business is tough,” he says. “As producers we have not had a boost in our licence fees from the broadcasters. In fact, drama production has gone way down. It’s not great for anyone. We’re all trying to deal with the new reality. We’ve had deals with the WGC, the writers’ guild, and the DGC, the directors’ guild, that had very modest increases.” As for new media, Volpe characterizes it as “frontiers-y. We don’t really know what the extent of that will be, online viewing, mobile telephone viewing. Is there any money in that model? Is it something people will do?”

Vermeir is pretty sure people will. “As we see more and more happening in terms of convergence, with more going to the internet, the producers have essentially asked us to give them the internet use of any productions for free,” he says. “We feel the performers do need to get paid for that additional use of their performances.”

Clearly, for the Canadian film and television business to thrive, a compromise is necessary.

“Because we have the recognizable faces, the Canadian stars,” says Vermeir, ACTRA “has been the most active lobbying group on behalf of the Canadian film industry over the past few years. We’ve been sitting side by side with the producers at the CRTC hearings, in lobbying the government, to encourage stricter Canadian content rules. We’re desperately trying to improve our industry. For the producers to turn around and show us the lack of respect with the initial proposals is a real slap in the face. But the most important thing is that people are agreeing to sit down and talk.”