The nasty women of LunaSea Theatre

LunaSea Theatre celebrates 10 years with a remount of its first play, The Donahue Sisters. 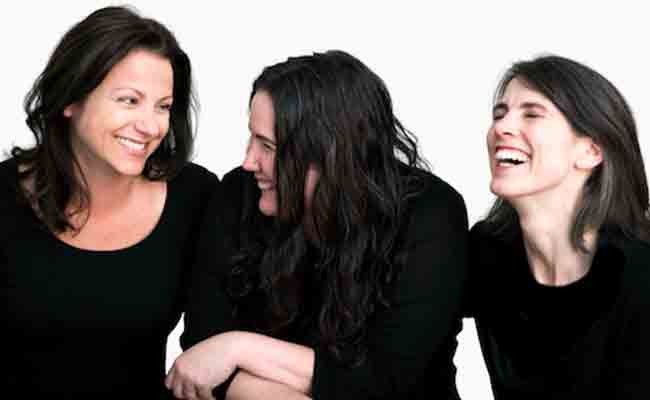 The four actors who founded LunaSea Theatre more than a decade ago did so to serve a function that should've been unnecessary for actors of their stature and experience: Work.

Mauralea Austin, Mary-Colin Chisholm, Martha Irving and Sherry Smith were all in the same Neptune play, and "it was so rare to have four parts for women our age," says Irving. "We're usually up against each other. I remember going to a callback for a movie of the week, and we're all there for a one-line part that eventually went to a man. You get all these little bumps against you in your career and we said, 'Let's take things into our own hands and tell stories that don't get told.' The under-told stories of women, we like to say."

Their first production was Geraldine Aron's dark Irish play The Donahue Sisters at The Living Room in 2006, Irving directing the rest. They officially became LunaSea Theatre in March of 2007. "Personally's it's been a fabulous exercise for me," says Irving. "As an actor you're always waiting for the phone to ring. But making your own work—the younger generation is doing that. That's why the indie scene is so hot right now in Halifax."

To mark the 10-year company milestone, LunaSea is restaging Donahue, about a trio of sisters hanging out in the attic of the family home, waiting for their father to die, reliving childhood incidents and life's disappointments. "It takes a twist and it doesn't go where you expect it to go," says Irving, who's back as director. "It shows women in a way you don't quite expect. You think it's a story you know really well, and you don't."

The trio of actors has changed this round: Francine Deschepper, Genevieve Steele and new LunaSea member Ryanne Chisholm play the sisters for this production. "Part of our mandate is mentoring younger artists," says Irving. "It was an exciting opportunity to revisit the play, and we've got to bring up the next generation of feminists in our business."

LunaSea has two stated goals: One is to produce shows that are "artist-initiated, driven by creative passion and characterized by a constant for excellence and innovation." Check. The other is "giving voice to women's stories and perspectives." "I feel strongly LunaSea still has a strong place in the community. I really feel like we're centred in this push of feminism that's happening with the younger generation now," says Irving. "We're rehearsing on Grafton Street and we heard the march go by [in January]. We said, 'Yes! We're nasty women.'"