The Lonliness of the On-Set Photographer

Film stills and the people who love them.

One of the joys of the Atlantic Film Festival beyond the huge program of movies is the opportunity to revel in some of the more specific enterprises of the filmmaking process. The ins and outs of international, multi-platform co-production? Strategic Partners got you covered. Choosing the perfect song (or have the perfect song) for a wistful, pensive break-up montage? Head on down to the Music and Image events. Brain burning over how a filmmaker (and sometimes a marketing team) chooses an image to represent their film in print and the internet and beyond? Then Saturday afternoon's panel on the art and the imperative of the film still may have been for you.

Held at The Sonic Temple on Hollis Street, this tiny panel featured two local filmmakers who often participate in the process on set as a stills photographer. Moderator, Ron Foley MacDonald, opened the hour with the observation that while capturing a signature image to represent the film later upon release, shooting still pictures is often an afterthought to most productions.

Ashely McKenzie, who is making her festival debut on Monday night with the short Rhonda's Party, related her ongoing experience as a photographer on local short film sets, admitting that she used those opportunities as an avenue to becoming a filmmaker herself.

As MacDonald, opening the panel, drew upon his experience working to publicize NFB films, spoke to a pre-digital methods of generating press and buzz for films, McKenzie's experience reflects directly the current climate of getting the word out about a production, offering that she is just as often asked to produce candid, casual behind-the-scenes snaps for Facebook as she is formal, composed stills appropriate for posters and lobby cards. It's a boon for both the filmmaker - as he or she may wish to pique family and friends' interest in the initial shooting of their film via Facebook to ensure they buy a ticket come its AFF debut - and McKenzie - in being approached by crew for casual, souvenir shots, she's able to form relationships she can capitalize on when making her own films.

David Middleton, a filmmaker, photographer and educator, gave insights into what makes an idea on-set photographer. He had anecdotes of seizing opportunities and pulling actors aside to shoot unscripted but emblematic photos to serve as stills and spending the night printing previous days' worth of photos to hand out to cast and crew in order to enter into their good graces for the rest of the shoot. A good on-set photographer is a diplomat, a mood-reader (a good photographer knows when to shoot an actor o set and when it's best to put the camera away) and a lone wolf. Both McKenzie and Middleton spoke of the feelings of separation that come with the job. As crew and actors work together to achieve a singular vision, a photographer is required to merely capture it. It's not a participatory role, more a stealth one. And, again, usually an afterthought.

The panel compliments a new exhibition at View Point Gallery (1272 Barrington Street) of film stills and behind the scenes snaps from local film sets such as 2009's Daddy's Little Girl and Snow (shot last year, but not released yet.) 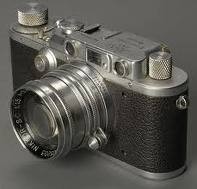