The multi-use arts hub was meant to open in 2020. Now, it’s getting ready to launch this spring—and save the city’s arts scene in the process.

Those in the art scene in Halifax have been raising the alarm about the city’s venue crisis for so long that their voices must, by now, be hoarse. After two of the north end’s three indie theatres died due to development in the last five years, and while the old Khyber building continues to sit vacant, it’s estimated that The Bus Stop Theatre is turning away 213 days’ worth of artistic programming annually due to lack of space. The Bus Stop’s director, Sebastien Labelle, calls it “a pattern of atrophy in the arts sector.”

Emily Davidson, president of the Turret Arts Space Society (which is fundraising to turn the old Khyber building into a multi-use arts hub) says it’s “an ongoing crisis, maybe 10 years in the making.” Adds Centre For Art Tapes’ executive director Tori Fleming, “I see how much work is just not getting shown anywhere. There's so much incredible work being made in Nova Scotia right now.” 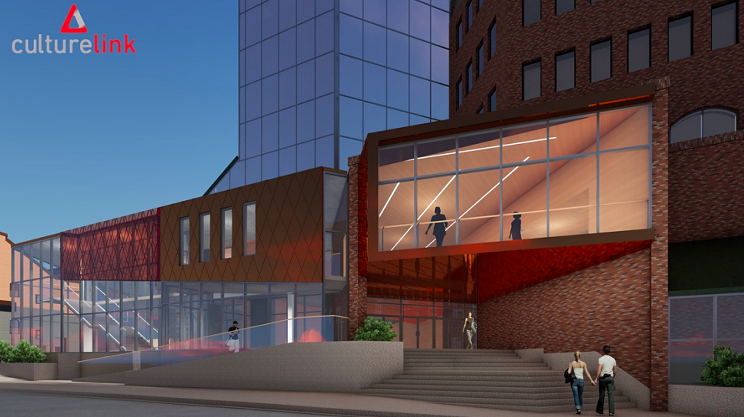 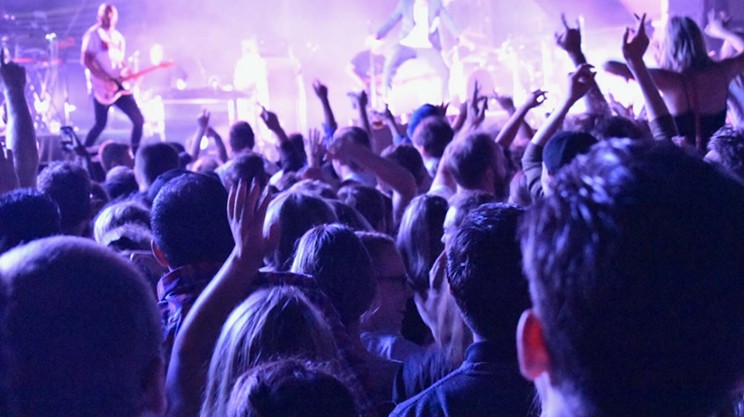 As we’ve said before here at The Coast: Without community-informed, multi-purpose spaces that prioritize equity, we risk building a city that is artless, soulless and plain ol’ boring. The urban planning equivalent of gruel when instead we could be feasting on all the creative riches being made right here. There is no silver bullet solution.

As Davidson puts it, “you need a big multiplicity so that there's opportunities for people to plug in—in their neighbourhoods, in central areas, and for people to go see this stuff. The arts work because there's an audience and artists. And so we actually need the spaces to connect audiences and artists together.”

There’s one organization that’s aiming to try: The Light House Arts Centre, a mammoth, mutli-disciplinary effort located inside the former World Trade and Convention Centre at 1800 Argyle Street (formerly known as The Culture Link). It’s a space that “is going to be inclusive of our community and the community organizations that foster the arts in Halifax and in Nova Scotia in general,” as Light House sales and events manager Meghan Scott describes it.

The Light House is lofty in its aims and in its plans. It promises to be like the Swiss Army Knife of venues, offering multi-disciplinary spaces of various sizes onsite, Scott says, alongside co-working space for arts organizations as well as a performance hall, a dance studio and “a 5,000 square foot television production studio with about 20,000 square feet of support space” (used for things like dressing rooms and production offices). The building is already home to This Hour Has 22 Minutes, which has been filming at 1800 Argyle Street for two seasons now.

“The current shortage is very dire, and so we are trying our best to actually fill it,” Tara Taylor, manager of community navigation at Light House, tells The Coast by phone. “We're having creatives come in and let us know what are the main challenges with spaces that exist now.” What does that look like? One example Taylor gives is from Classified’s longtime DJ. “DJ IV said that if we can create an in-between someone recording music in their bedroom or basement, and the Sonic Temple”—the studio where Matt Mays records. “So somewhere in the middle of that.”

The Centre For Art Tapes is fundraising for a permanent home: With its eye on 2199 Gottingen Street, the arts org has big plans—including a new gallery.

“We love the fact that we're creating this whole arts environment…that they can come together in a whole hodgepodge of this community of just respect, belonging. You feel like you belong there when you're there—and you're respected,” Taylor adds. “It’s not just, Oh, here's this well intentioned white space, and they're just saying that we can come in and we're welcome. We actually feel welcome because some of them look like us. But then we also know that they are true allies—because you're not an ally unless someone of colour deems you an ally. And we deem the people in charge allies.”

Both Scott and Taylor say the Light House should be fully open this spring. The project was originally planned to launch in 2020 but was delayed by the pandemic.