The journey of a bad singer

Tim Falconer to tell Halifax why he loves to sing, but isn’t very good at it. 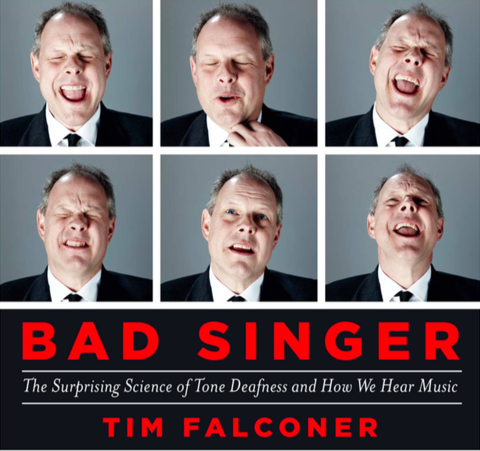 Tim Falconer had always recognized his inability to sing on key, but that didn’t trump his love for music. A few years ago, Falconer decided to pursue a dream to train his vocal chords. After his second voice lesson, Falconer got some testing done, and was diagnosed with congential amusia— discovering he is part of a small 2.5 per cent of the population who are scientifically tone deaf.

Falconer, a Toronto-based author and journalist, had planned to write about his decision to learn to sing from the get-go, but his diagnosis added a complexity to the story, one which yielded a witty autobiographical story, intertwined with fascinating nuggets of music history and science. It’s the true chronicle of Falconer’s determination to uncover why exactly he struggles to hit the right notes and with hearing differences in pitch. He also strives to investigate how, despite his condition, he has always been a self-proclaimed music nerd.

“A very small percentage of people are tone deaf, and most of them don’t like music,” says Falconer. “Most wouldn’t have wanted to write this book.”

On Wednesday, August 10, Falconer will be doing a public reading of Bad Singer: The Surprising Science of Tone Deafness & How We Hear Music at the Central library, beginning at 6:30pm. Along with reading sections of the book, Falconer will be speaking about his experience, working documentary-style audio and visual clips into his presentation. He will also interview music teacher Tyler Ellis about singing and teaching people to do it.

Falconer stuck with his ambition to train his voice for years, improving his singing abilities through trail and error with his voice coach Micah Barnes, while simultaneously researching tone deafness. Throughout the book, he explains that bad singing is a condition of the brain, discusses the underrated importance of timbre, explores reasons why listening to music can be emotional, and more.

While the road to writing this book was multifaceted, Falconer’s end goal was to gain the confidence to belt a few tunes in public. “I had the idea of a house concert where I could pack the place with my friends, who would be supportive,” he recalls. His highly anticipated singing debut turned out to be both the ending his book, and of his lengthy quest. “There was a sense of accomplishment… that, even if I wasn’t great, at least I did it.”