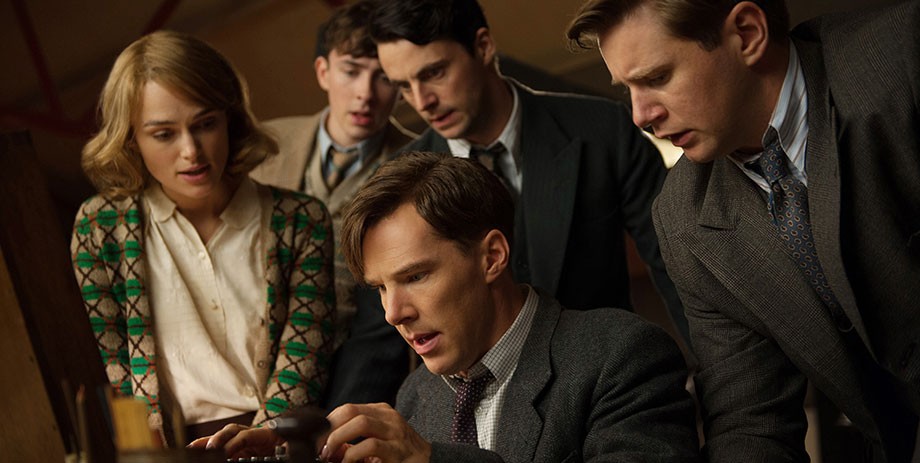 If there’s one thing we’ve had enough of in life, it’s World War II movies. The trigger-happy, soulless Fury was enough for five years’ worth, but here comes Angelina Jolie punching a guy in the face for two hours this very holiday season, along with this nerd movie about Nazi code-breaking. Alan Turing (the extinct bird known as Benedict Cumberbatch) was a gay genius who built a machine that broke Enigma, the Germans’ encoded communication system, which eventually led to the computer, so as biopics go, this guy should have one movie about him (especially if Steve Jobs can have two). It’s mostly dudes doing math (“historically accurate!” —commenters) but Keira Knightley does what she can with Joan Clarke, Turing’s intellectual equal and near-beard. Directed by Norway’s Morten Tyldum, The Imitation Game somehow makes manually breaking code thrilling—even when it’s just a lot of British guys yelling and holding doors shut—and though Turing must’ve been the worst to know in real life, so arrogant and socially graceless, probably on the spectrum, Cumberbatch is nonetheless fascinating to watch, though he’s undercut when the movie tries to turn into a trumpet for gay rights in the last few minutes. Oscar bait of the highest pedigree.