The heat is on

Erica and Devin Brook are building communities, relationships and a business out of the sauna they built together.

"We both come from entrepreneurial families, it was kind of only a matter of time. We have it in our genes."

The we is Erica and Devin Brook. She has a background in community design and he's a carpenter. Together, they wanted to build something—not just a physical structure that Devin would design and construct, but something bigger: "Something that brings people together," says Erica.

That something was a sauna, and it kind of happened by accident.

"I started to notice this funny thing between us where he loves winter, he's always been into it," says Erica. "I have always found winter to be quite difficult—I felt I was rushing through three or four months of the year trying to get through it as fast as I could."

In efforts to be more present in the bleakness that can be a Nova Scotian winter, the couple had their aha moment. They built a mobile sauna, a sort of tiny home that can host groups and special events but also be rented and transported, and with it Sauna Nova Scotia made its debut last fall. A modern design with a traditional wood-fired stove, the primarily wood sauna (built using mostly local materials) can host eight people and averages somewhere in the 60 to 80 degree range.

"It's a really extraordinary simple pleasure. It's a fantastic bonding experience," says Erica, crediting saunas as safe spaces. "A sauna is a wonderful way to get to know people. It's a great space to get physically comfortable and have comfortable conversation." 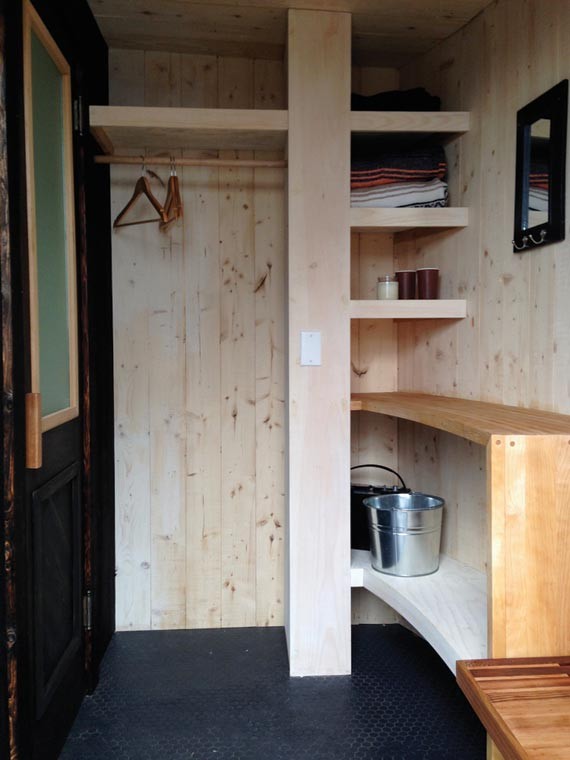 After a winter of living in Tatamagouche and working with mostly private rentals, Erica and Devin have relocated to Halifax and are currently working to find a temporary hosting location for their sauna to be a community gathering place where people can "waste time with dignity," says Erica, quoting a mantra of the Minnesota-based Sauna Society that Sauna Nova Scotia takes much inspiration from.

"The most common thing people are getting out of it is a real sense of happiness," she says. "It leaves you very contented."