“We’re using the film festival to change the world.” 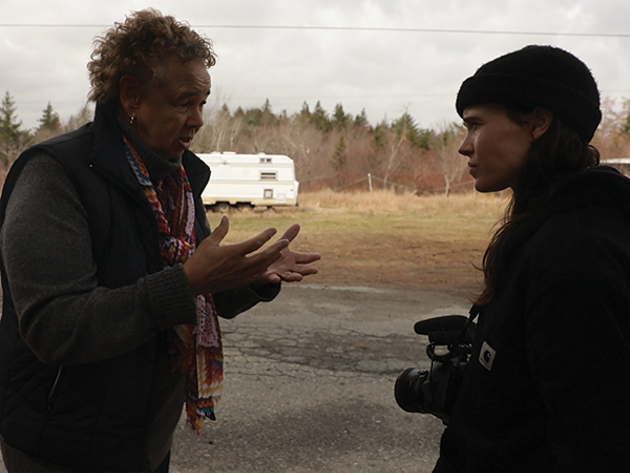 SUBMITTED
Success of There's Something in the Water continues as it screens at HBFF before its Netlifx debut.

It may only be marking its fourth year, but the Halifax Black Film Festival has high expectations.

"We show the Black reality from around the globe. It allows us to celebrate shared values," says HBFF event coordinator Deborah Rent. "We're using the film festival to change the world, to be honest with you. How lofty does that sound?"

Opening Friday, this year's festival boasts a handful of celebrated and diverse movies, short films and panel discussions that aim to look "to the future by empowering the next generation of Black filmmakers." Here are some of the highlights:

In filmmaker Storm Saulter's opening night crowd-pleaser, a Jamaican teen attempts to race his way to track-and-field success in America and reunite with his expatriated mother while escaping his unstable father and brother. "We opened our Toronto Black Film Festival with it and it had huge support within the community," says Rent. "It's something that everybody will love."

There's Something In The Water

Groundbreaking researcher and professor Ingrid Waldron's book There's Something In The Water struck such a chord with Halifax royalty Ellen Page that the actor decided she had to help make the tome into a documentary. "The fact that...our conversations resulted in this documentary continues to be shocking to me," Waldron told The Coast back in September as the film debuted at the Toronto International Film Festival.

The flick uncovers the disproportionate effects of environmental devastation on Black and Indigenous communities—and the Nova Scotia women who are protecting their futures. "It's still an issue that needs to come to the forefront," adds Rent. "This issue is important in particular for our Black community."

Being Black in Canada

The festival isn't just about passively watching movies, either. Fabienne Colas Foundation's Youth and Diversity Program boasts an initiative which coached and mentored 15 upstart filmmakers (including four from Halifax) to produce Being Black in Canada—a compilation of short documentaries that shows "what it's like to be Black in our country," says Rent. "And how we're all woven together."

A stirring documentary that investigates police brutality within the context of the 2014 arrest and disappearance of a young man from Brazil's favella neighbourhoods.

A free (reserve online!) talk where insiders highlight everything from "the evolution of Black women within the cinema's independent practices to discussing if things have progressed."

Panel: The Danger of a Single Story

Poetry-and-prose wunderkind Andre Fenton takes the spotlight at this discussion which takes aim at cinematic stereotypes and the prejudices they stem from. "Our panellists will examine the danger of reducing individuals to categories, stereotyping and telling incomplete or inaccurate stories and its effect on the cultural zeitgeist," the event page adds.