The frenzy for Halifax South Downtown

All the candidates and issues facing District 7 this election. 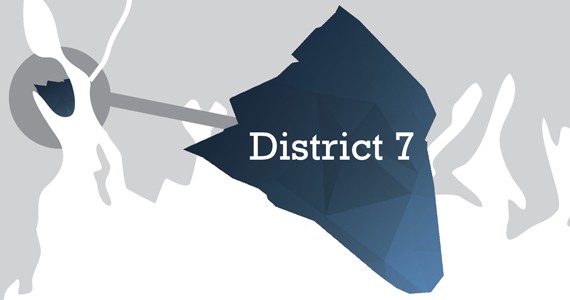 Akria Arruda
This district covers the southern Halifax peninsula, including Point Pleasant Park, parts of Quinpool and some streets north of the Citadel. Click here for HRM’s boundary description.

The urban centre of HRM, this district keeps busy dealing with the concerns of home owners and renters in the south end, along with small business entrepreneurs and big business developers in the downtown. There’s still a lot of confusion on whether all the construction and cranes throughout Halifax South Downtown will ultimately bring new life to the district, and whether any small businesses will survive long enough to see that happen.

The Candidates
In 2012, current district incumbent Waye Mason unseated Sue Uteck after 13 years at City Hall—but that didn’t stop her from running again this time around. In May, Uteck told The Coast she feels council dragged its feet on The Centre Plan— a guide for downtown developers which is set to be released this October. Mason—who’s been endorsed by former Halifax Needham MLA Maureen MacDonald and 2012’s second-runner-up Gerry Walsh—says the plan is only a month behind its original schedule. Developmental adversities also moved political rookie and recent Saint Mary’s grad Dominick Desjardins to put his name on the ballot. He promises “better consultation” with residents about construction proposals within the community, and also criticizes the timeline of the Centre Plan (and Mason’s term on council). Mason eked out a win against Uteck in 2012 with fewer than 100 votes, which makes Desjardins’ presence a wild card in predicting who’s going to take District 7 on October 15.

The Issues
Downtown development is the most obvious concern facing District 7. The peninsula is certainly getting a facelift, and opinions differ on whether the city is going about the building boom responsibly. Those obviously in dispute of that argument are downtown businesses like Attica, The Carleton (which announced it was filing for bankruptcy protection this past week) and The Wooden Monkey (whose co-owner Lil MacPherson is also running for mayor) calling on HRM for financial compensation over disruptions caused by the Nova Centre’s construction. Outside of the commercial areas, residents are also calling for better protection of downtown and south end properties. Last year, council approved two giant developments on the lots of what used to be four Wellington Street houses. Homes on Young Avenue are also threatened by demolition permits and some residents feel these properties should have heritage designations. Then there’s the Cogswell Interchange—the massive concrete maze dividing the downtown from north end Halifax that’s set to be demolished in the near future. Plans for what will replace it are still in initial stages. Right now, there’s more debate happening about how to reroute all the heavy truck traffic going in and out of the downtown core. Really, the list can go on. The councillor for Halifax South Downtown in 2017 is going to have their hands full. We hope they start by shepherding in a tactical, responsible Centre Plan that can start cleaning up some of the development mess plaguing HRM.

Click here to find out more info on how, where and when you can vote in HRM’s election.