The fight for Bedford Basin West

All the candidates and issues facing District 10 this election. 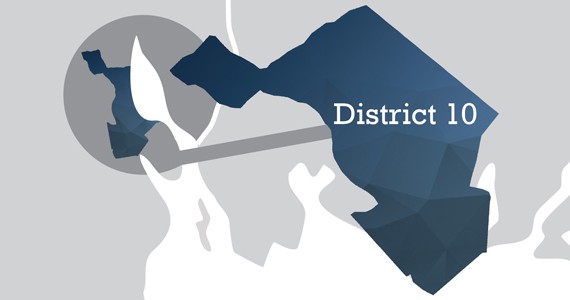 The Candidates
If incumbent Russell Walker wins the election in October, his term will mark a quarter of a century representing the area at City Hall. Standing in his way are two new opponents trying to heat up the race: Andrew Curran, Halifax Public Libraries employee and former NSUPE local vice president; and Mohammad Ehsan, a Dalhousie faculty member who is about to defend his PhD in political science. All three candidates say they have been spending their days knocking on doors, (or in Walker's case, meeting residents at Tim Horton’s) to absorb local concerns. Walker, as would be expected, is running his campaign based off his past experience as councillor. Curran is focusing on community development, and Ehsan says he wants to fix the disconnect between residents and regional council by promising to hold monthly town hall meetings every four months if elected.

The Issues
District 10 has some of the same HRM-wide issues everyone else is dealing with, but one element it’s lagging behind on is community spaces. Partially the void in community spaces is the result of the Northcliffe Community Centre’s demolition in 2011. All three candidates have told us residents in Bedford Basin West could use a new hub to come together for recreational and social programs. Curran was inspired to run after meeting a senior who moved out of the area due to isolation, and from this problem he built his platform. Walker says residents have been calling for a new centre in Fairview; he is also concerned about traffic congestion and transit. Ehsan, aside from his town hall pledge, is philosophical about some of his promises, telling The Coast he wants to empower residents. We agree the next councillor for Bedford Basin West should make sure everyone in their district has the space to forge a strong, shared sense of community.

Click here to find out more info on how, where and when you can vote in HRM’s election.