The courage of others

The best-selling author of The Breadwinner—now an Oscar-nominated feature—is in town this week to discuss the courage of youth worldwide. 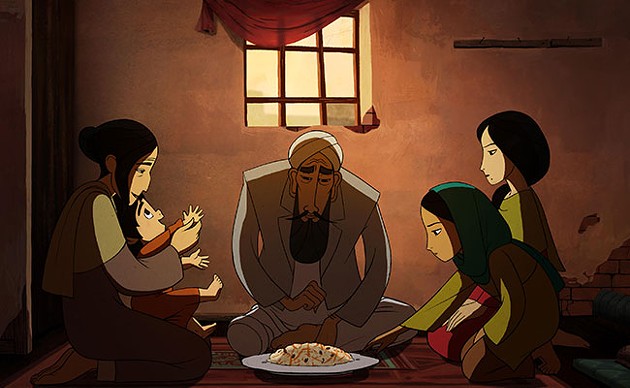 Award-winning Canadian author, feminist and anti-war activist Deborah Ellis fell into the young adult genre by accident. "I was an unpublished writer, sending all kinds of stuff to all kinds of places," she says. "Groundwood Books held a competition for people who've never written a middle-grade novel before, so I wrote one and sent it in. I didn't win but they published it anyway."

Around that time, in the late '90s, she was inspired to write The Breadwinner while in Pakistan interviewing refugees at an Afghan refugee camp. The book became an international bestseller, and in 2017 was released as an animated film produced by Angelina Jolie. (It was nominated for Best Animated Feature at the Academy Awards.)

The story follows an 11-year-old girl named Parvana who lives under the Taliban regime in Afghanistan. After her father is wrongfully arrested, Parvana disguises herself as a boy in order to work and provide for her family. She embarks on a journey, displaying courage, love and the importance of storytelling.

"The Breadwinner is one of those stories you are hopeful will read like ancient history, but so far, not so much," says Ellis. "People around the world are still dealing with these kinds of issues."

Her most recent book, Sit, is a collection of short stories revolving around the various situations of nine children. In the fall she'll release a book of interviews with young people who've been involved in the Canadian criminal justice system.

"They talk about the decisions they've made and their lives pre- and post-jail," she says. "They are great kids with some really heartbreaking stories."

Like her other books, The Breadwinner tells a serious and complex story through the eyes of a child. Ellis' audience largely consists of young people, but it doesn't stop the author from involving themes like extreme poverty, government corruption and gender inequality.

"Children have to live in a world that we have created. So, they have to deal with a world that has gender imbalances, violence and injustices. They are aware of it and sometimes personally affected by it," says Ellis. "By trying to look at the situation through their eyes and focusing on what they would understand, how they would interpret it, how we would interpret it if we were young—hopefully that keeps it real for the readers."

It is important for Canadian audiences to hear stories like Parvana's.

"We have children in our own country who are dealing with similar types of violence—perhaps not the Taliban—but in some cases, they have parents who are violent, or they live in communities that are violent," says Ellis. "For some reason or other, we all have to face the decision of whether or not to be courageous. Many times in our lives and sometimes, many times in a day. By reading about the courage of other people, that can help us have courage in our own lives."

Research has a major role in her writing process. She has spent time with children and women all over the world and has found in them, all forms of resilience and action.

"I was in the Afghan refugee camps in Pakistan for most of the research for The Breadwinner books, meeting with people who had fled the Taliban. I think women have been using their voices and actions in all different kinds of ways around the world. They're finding ways to break through oppression and are just doing truly tremendous things. It's an honour to be a part of it."