The climate crisis is still here

Hundreds gather in downtown Halifax in the name of intersectional climate justice. 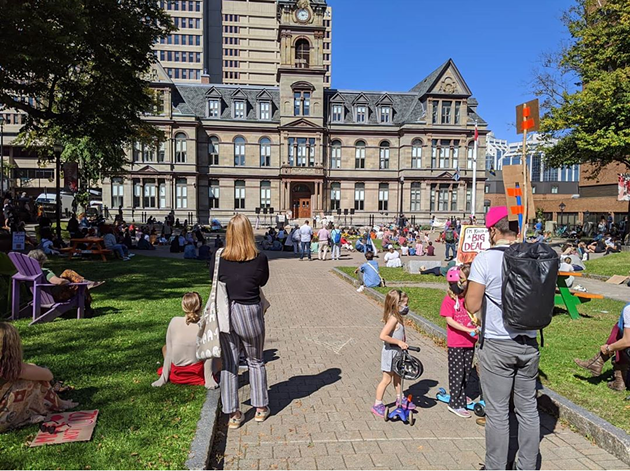 VIA @MELANDFOXY INSTAGRAM
Hundreds gathered at Grand Parade today in Halifax to remind everyone that the climate crisis still rages on.

Today young, old and even their dogs gathered in front of the doors of city hall for a climate strike organized by Climate Strike Halifax (AKA schoolstrikeforclimatehfx) to discuss pending climate concerns.


“We figured things were clearing up enough and it was time to get back out and remind everybody that climate change is still an issue—it still exists and just to come out and get everybody together again. It's been a long time,” says Willa Fisher, one of the six organizers of the strike.


Social distancing was in full effect with marked exes on the ground to indicate where groups should sit and stand. Masks were also mandatory for all.


Among the climate concerns presented were climate anxiety, lack of climate education in the Nova Scotia curriculum and lack of action taken by the municipal and provincial government when it comes to climate policies. In addition to climate change speakers also spoke about ableism, Indigenous rights and about being anti-racist.


“You can’t fight for climate justice and be racist. It just doesn’t go together. You can’t have both.”


The rally opened with Indigenous drumming and singing, followed by an energetic and emotional speech by activist Kate Macdonald, who got everyone going with chanting.


“Black lives— they matter here” and “no justice, no peace” rung out throughout the crowd.


Macdonald encouraged youth to get involved in social issues like climate, saying “I’m ready to amplify the needs of the generations that will continue to live here long after we’re gone.”


Ainsley Boyd, a local high school student says “We really need to tackle this issue. It’s growing. It’s really great that young people are starting to rise up and say something to the government.” 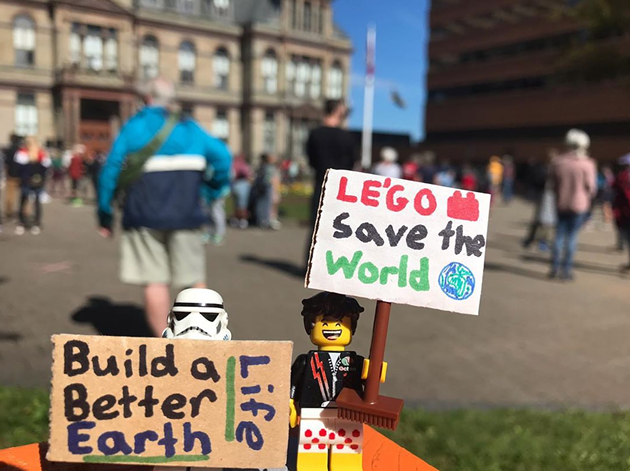 
“So far we’ve been able to stop four spray-cuttings which has never been known to happen,” says Sydnee Lynn, SSACCNS organizer.


Towards the end of the rally the group touched on the Saulnierville situation saying they stand completely with the Indigenous fishers. They wrapped the event by reminding everyone there is a Saulnierville solidarity rally Saturday at the wave sculpture on the waterfront at 11AM.


“Even if this doesn’t create governmental change—which is what we’re aiming for, it’s important to get out and see other people that believe in what you believe in and have a community because really what’s going to save us is community,” says Fisher.