The casual sexism of being a female journalist

"Fuck her right in the pussy" is only the most recent example. 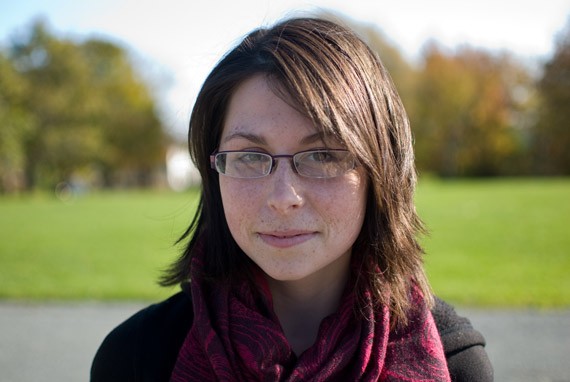 Rachel Ward (@wardrachel) is a proud Nova Scotian trying her luck in Alberta. She recently graduated with a master’s degree from King’s College. You may have seen her byline with several media outlets.

Once upon a time, I visited a government building with a couple female colleagues. Between us, we had six degrees and worked for almost every major print and broadcast chain in the country. We were all under 30.

The security guard didn’t believe us when we identified as media. He laughed and said he didn’t know young women could be journalists. He asked if we’d grow up to be old men like Walter Cronkite.

That was hardly unusual. After interviews, I’ve had male sources call their communications advisors—and sometimes people I know—to complain that I didn’t understand the topic. I’ve been told to deepen my voice for radio. I’ve had too many sources to count think an interview meant a date later. A male source once kissed my hand.

I have to explain over and over again: I have two degrees, years of experience and I can read, do math and get things right. I love this work and I’ve been through a lot to get here.

I repeat this to myself as a reminder. Usually, several times a day, I brush off casual sexism. Being angry and hyper-vigilant is exhausting. Over time, it builds up like a brick wall, eventually emerging as this two-tonne mass I can’t ignore.

In the last week, we’ve heard about female on-camera reporters who’ve been verbally attacked by men yelling “Fuck her right in the pussy.” This loud, obvious abuse is only one example of the insidious sexism people face in the field. Often it’s quiet, so ignorable. I’ve worked in newsrooms for amazing men and women, and am lucky to have inspiring, caring professional mentors. Sometimes, however, that quiet aggression by others grinds away at my confidence.

I question, like some men have, if I’m qualified to ask questions about crosswalk accidents or the source of statistics. Sometimes I keep ideas to myself or load them with the caveat, “This idea is probably no good, but.” Why bust someone’s ego when they can’t be bothered to learn my name? My identity—as a journalist and a woman—is undermined.

My mom tells a story of when she worked, as a young woman, at a technology magazine. A business executive called her editor to complain she asked stupid questions. Her boss told her to write the article and when it was done, he said she obviously understood the subject. It’s been almost 35 years since then, and still, I question my right to this work. It doesn’t help that, as women, many of us have experienced, or been threatened with, sexual violence from men. These micro-aggressions are a daily reminder of our vulnerability.

If I, a white cis woman with a good education, feels this way, imagine what huge barriers stand against achieving real diversity in media. If I, with all my privilege, can be made uncomfortable so easily, is it a wonder this is the state of a pillar of democracy?

Journalists face all sorts of harassment: nasty emails, threats of lawsuits, attacks on social media. You need a thick skin, so they say, as it comes with the trade, but that doesn’t excuse the perpetrators. I want to be pushed to do better, absolutely, but I want to build professional credibility like a man: work hard and don’t lie.

I am enough to be a journalist. I’ll be one whether or not you remember my name, grumble about my supposed inabilities or prefer to give that press pass to Walter Cronkite. Journalism is still the best job in the world. It’d be nice if you’d let us do it.