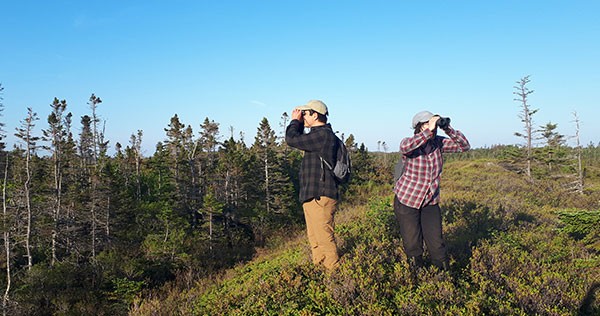 The birds of Owls Head need a wingman

The government puts the piping plover on license plates, but will it help the plovers on our beaches?

Love will soon be in the air—for barn swallows, that is. Courtship during the upcoming mating season will feature elegant aerial displays. Cobalt blue, cinnamon and chestnut-coloured, the barn swallow is a striking species. But it's in flight that these birds go from interesting to incredible. Barn swallows are aerial acrobats, which have been recorded at speeds of up to 74 km/hour. They zip and zoom through the air, performing impressive manoeuvres to catch flying insects. Who knew that you could look so graceful while eating bugs all day?

Unfortunately, the barn swallow population has declined by approximately 76 percent in Canada over the past four decades. In Nova Scotia, the barn swallow is an endangered species. Biodiversity loss is a real and escalating threat. There are a staggering 2.9 billion fewer birds in North America today than there were in 1970.

Further avian decline will have a profound impact on entire ecosystems. Birds collect and disperse seeds, provide natural pest control, help to keep invasive species in check, assist in pollination and are an integral part of the food web. Sadly, biodiversity loss has become so severe that even once-common species are declining at unprecedented rates. From warblers to woodpeckers, willets to wrens, birds in Nova Scotia need our help.

To give bird populations a chance to recover, our province needs to preserve the ecosystems that sustain them. We have a great opportunity to do just that—by saving Owls Head Provincial Park.

Eastern Shore rallies behind Owls Head parklands: A behind-the-scenes move by the province to sell the land has community pushing back.

Owls Head Provincial Park is a biodiverse coastal headland on Nova Scotia's Eastern Shore. It supports a variety of habitats, including salt marshes, bogs, an estuary, a beach and five miles of rugged coastline. Is it any wonder that this wild haven is an important habitat for both native and migratory birds?

Owls Head Provincial Park had a 45-year history of promised protections and a Tier 1 (top-priority) conservation rating. The government portrayed it as a provincial park for years but secretly removed it from Our Parks and Protected Areas Plan in 2019. This was done without any public notice, consultation or scientific review. The secret decision-making process prompted respected biologist Bob Bancroft and local environmental group Eastern Shore Forest Watch Association to launch a judicial review. It is uncertain when the court will issue its decision.

What is certain is that Owls Head Provincial Park is at risk of sale and demolition. As a result, the wildlife that depends on this habitat is also in jeopardy. This includes not just the endangered barn swallow, but also the Canada warbler and piping plover. Numerous species of conservation concern—such as the common eider, evening grosbeak, American kestrel, pine siskin and ruby-crowned kinglet—have also been observed.

So far, 88 species of birds have been officially recorded, but research at Owls Head Provincial Park is still ongoing. Last summer, the Nova Scotia chapter of the Canadian Parks and Wilderness Society (CPAWS-NS) and a team of expert birders observed more than 70 species of birds over just eight days. The biologists were particularly excited to discover a Northern harrier and its nest.

The piping plover is an icon of our coastal province, yet it is classified as “critically imperiled.” Each spring, piping plovers return to Nova Scotia to breed and raise their young. At the time of hatching, chicks weigh roughly the same as two pennies. But they're up, foraging for food, just one to two hours after they've hatched. Part of Owls Head Provincial Park is included in the government’s “significant habitat” database for nesting piping plovers. There are only 50 known breeding pairs in Nova Scotia, so we must make every effort to protect them and their habitat.

Meet the super-plant from Nova Scotia’s shorelines: eelgrass: The carbon converter found by Owls Head protects against storms and gives fish and lobster a safe place to grow up


Lindsay Lee is a board member of Eastern Shore Forest Watch Association. Along with Bob Bancroft, Eastern Shore Forest Watch Association is an applicant in the ongoing judicial review. Lindsay also volunteers as an administrator of the saveowlshead.org website, which you can visit for more information about the biodiversity of Owls Head Provincial Park and what you can do to help.