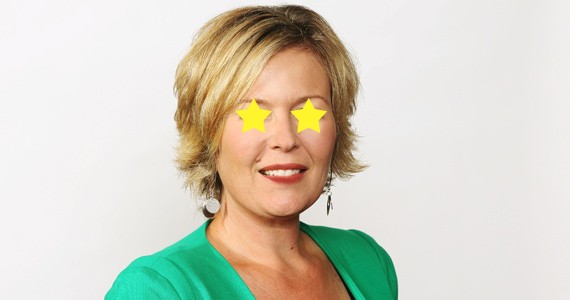 Clara Hughes may be biking across Canada to raise awareness for mental health issues across the country, but local programs are reaping the rewards. When the Olympic medalist decided to make a stop in Halifax for Clara's Big Ride on Tuesday, April 15, the Mental Health Foundation of Nova Scotia knew this was a golden opportunity.

Along with having a common goal of mental health awareness, the organizers of Clara's Big Ride also picked the foundation to be Halifax's Community Champion, which will welcome Hughes, a six-time medalist in speed skating and cycling, to the city. "We were humbled and honoured at the same time," says foundation president Starr Dobson (at left). "It was wonderful to have the opportunity to connect our foundation with Clara's incredible story and her mission to raise awareness across the country."

In honour of Hughes' visit, the Mental Health Foundation has been planning a fundraiser with mental health speakers from around Nova Scotia, all of whom have a personal connection to mental health issues. "Clara excels at sport and sport is so important when it comes to dealing with your mental health," Dobson says. "So we kind of decided, let's focus this speakers' event at all those other parts of healing and all those other things that are important in the recovery process that often get overlooked."

The line-up reflects the use of art as a healing tool: Irish dancer Sarah MacCallum, visual artist Ingrid "Singing Grass" Cottenden, singer-songwriter Mo Kenney and poet Sarah Burke will all discuss their experiences with mental illness. With so many negative portrayals in the media---including crime, suicide and the can'ts of mental illness---Dobson says, the event is "designed to be a celebration of all the things people can do and the things that people are doing everyday that we don't know about."

These speakers are a way for people to see that those who have a mental illness can still be happy, productive members of the community and Dobson hopes that this event will change some people's negative perspectives. "It's meant for people who think that there are certain perimeters that a someone with mental illness falls into," she says. "This is going to show them that that just isn't true. It's designed to break the stereotype." What type of proof of vaccination do you need in Nova Scotia?