The Best Books and Comics of 2009 | Buy Local | Halifax, Nova Scotia | THE COAST

What could be a better gift than a selection off our list of the Best Books and Comic of 2009, compiled by our lit lovers?

The old cliche of "you'll laugh, you'll cry" stands true for Ian Brown's essays on his son, who was born with a rare genetic defect. Brown lets down his macho journalist persona and delivers an incredibly honest reflection on manhood. —SCF

I had this book pegged my favourite of 2009 when I read an excerpt in The Walrus last spring. Walking to work down King Street in Toronto, I was transported back east. It was sweltering and clear, but I was surrounded by a chilly, menacing fog. I could smell the salty churning sea. I devoured the excerpt, reading it three times before wiping away my tears and starting my shift. More tears would come with the finished novel. It surpassed my lofty expectations and solidified Lisa Moore as Canada's leading fiction writer. As with her previous work it's more a painting of life than a book. The words are just used to convey the hope that keeps everyone going. —ML

You've never read anything like Winnipeg artist-writer Rob Kovitz's Ice Fishing in Gimli. Released last month after 10 years in the making, Gimli is one-of-a-kind. Divided into eight volumes totaling a baffling 4,750 pages, it's Proust-meets-frozen-Manitoba. As a "bookwork," the reader makes links between the inlay of quotes and images that comprise Gimli. But it isn't without structure: There's a definite story arc. If you enjoyed Guy Maddin's My Winnipeg, buy a box of rye along with Gimli and spend your winter with a truly Canadian epic. —ML

A strong and sensitive debut from a new Halifax voice, exploring racial and self-identity, memory and family ties. Such a pleasure to read local contemporary fiction set right down the street. —SCF

The Peep Diaries: How we're learning to love watching ourselves and our neighbours, Hal Niedzvecki (City Lights)

Hal Niedzvecki's Peep Diaries succeeds where big-budget techno-thrillers like Eagle Eye fail---it's actually terrifying. The former Broken Pencil editor doesn't need any preposterous government conspiracies either. He just needs the average Joe's troubling life in our "peep culture". But this non-fiction book's not a tirade against tantalized tweeters or fanatical facebookers. Researching it, Niedzvecki fully embraced peep culture, from social networking to monitoring his toddler and stripping on webcam. Rather than judging, Niedzvecki offers a succinct, humorous glimpse of our new society. Read the book before it becomes next year's must-see documentary. —ML

This zombie retelling of Austen's corset-thumper actually isn't that great---Grahame-Smith doesn't take the horror far enough---but it's a fun novelty item. Buy it, then give it away and go re-read the original. —SCF

Formerly known as a star artist on titles such as Batman: Year One, Mazzucchelli returns with an opus unlike anything in comics right now. The titular Polyp is an architect and a massive egoist, who we meet at different places in his life: in the past with his long suffering wife Hana, and starting a new life in small-town America. In between we have rich musings on physics, human relations, astrology and philosophy, all illustrated maximizing the flexibility of the medium, in style, colour and especially negative space. Gorgeous and essential. ­—CK

It's hard to deny the impact Morrison has had on the mainstream, importing his brand of surrealistic narrative from more marginal superhero comics to the triumph of All-Star Superman. Batman and Robin isn't quite as shiny as the continuity-ignoring Superman but it's the freshest Batman tale in ages, telling the story of Dick Grayson trying to make do under the bat-cowl while also mentoring Bruce Wayne's bad seed son Damian---who is now Robin---and fighting a gallery of new, disgusting Gotham villains along the way. —CK 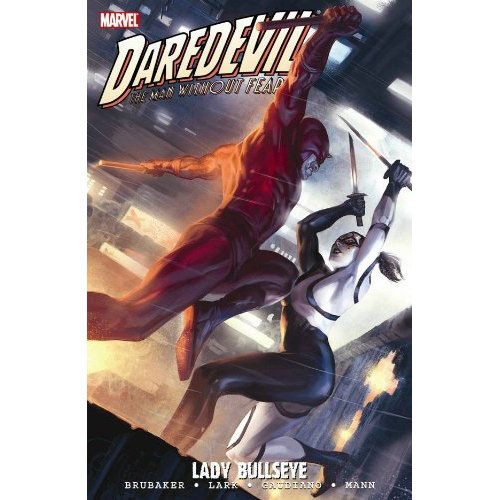 Ed Brubaker and Michael Lark wrapped up their flawless run on Daredevil this year. They took over the comic in 2006, faced with the challenge of picking it up after Brian Michael Bendis' insane cliffhanger finish that saw Daredevil's identity disclosed and our hero thrown in jail. Brubaker took a difficult task and turned it into a masterpiece. Although Brubaker's equally excellent run on Captain America has gotten more media and critical attention, Daredevil was every bit as compelling, exciting and, thanks to Lark's artwork, attractive. A gritty comic for grown-ups, the first 24 issues have been conveniently collected in a hardcover omnibus. —RG 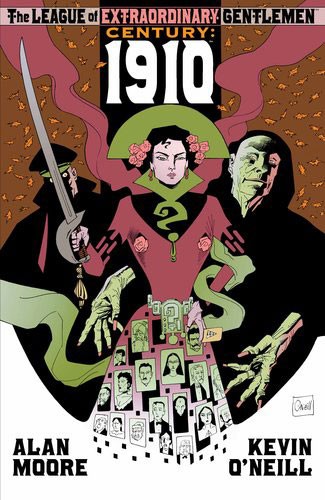 The Black Dossier indicated we might get to see more of Moore and O'Neill's Victorian heroes ---famous characters from the literature of the day banded together to fight evil, domestic and intergalactic ---and it's great to see that promise fulfilled. Mina Murray and Allan Quartermain, enlivened by the Fountain of Youth, investigate bloody murders in London's docklands while Janni, the daughter of one of their former colleagues, Captain Nemo, takes her bloody and satisfying vengeance upon the foulest kind of humanity. Oh, and it's also a musical, sort of. —CK

I will descibe this series in three ways and it will appeal to three different groups: 1) Pluto is a mature re-imagining of Osamu Tezuka's classic Astro Boy characters and universe, by the creator of Monster and 20th Century Boys; 2) Pluto is a gripping murder mystery that you won't be able to put down; 3) Pluto is a beautifully written and illustrated story that explores humanity through the eyes of robots who are trying to live as humans. Even if you have never read a Japanese comic book before, and are wary of having to read a book from right to left, it would be difficult to not become immediately engrossed in this story. —RG

There is no reason why any self-respecting feminist should care about Power Girl. Her costume is designed purely for drooling fanboys: a white, high-cut bathing suit with a giant hole that exposes her comically enormous breasts. Everything about her has always screamed "Stay away, females! This character is not for you!" That is until the star writing team of Jimmy Palmiotti and Justin Gray launched Power Girl's first ongoing solo series earlier this year. Paired with Amanda Conner's beautiful and adorable art, this series has been fantastic since issue number one. They gave her a distinct personality, a job, an apartment, a stylish-yet-casual wardrobe, a cat and a gal-pal, and they have made her a hero that self-respecting women can not only root for, but relate to. —RG