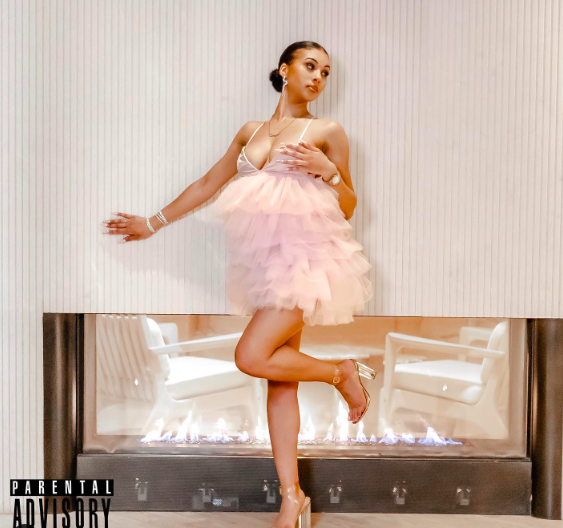 Lens Method
Shay Pitts's EP Attitude is one of our top albums of the year.

A triumphant celebration of self that calls powerhouse rappers like Latto and Flo Milli to mind.

Get more stories like this delivered to your inbox by signing up for The Coast Daily newsletter.
It's been a big year in local music, with countless new releases from newcomers and scene veterans alike. As we look back on 2022, The Coast is naming its top 10 albums of the year (in no particular order). Peep the full list here.

Imagine if Nicki Minaji draped the roughest edges of her raps with the silk of early 2000s R&B. Picture Flo Milli trading her southern roots for an east coast address, or Latto deep-sea diving for song-creatures with hard hip hop shells and soft-song underbellies.


This duality is what Shay Pitts explores effortlessly on her EP Attitude. Pitts comes in hot on the album’s opening, eponymous track, reaming out a would-be lover with an icy epitaph that ends with her spitting “Now you mad at me because I got an attitude.” The beat, meanwhile, sounds like a lost track from T.I.’s King. Fans from across the hip hop spectrum will find something here to hook them.


Pitts has been carving her spot in the scene since 2018, when the then-teen was inspired by Rhianna and Nicki Minaj to blend rapping and singing into what would become her signature sound (these days, she says she’s trying to emulate Beyonce, especially when it comes to live performance). Guesting on songs by the likes of Jody Upshaw, MAJE and other local names, Pitts quickly became renowned for her freestyle ability, showcased in her 2021 freestyle “10 Toes Down”.

On Attitude, though, it feels like Pitts is no longer establishing an identity but basking in one. Across the EP’s six tracks, she holds the reins in the loose control of a seasoned equestrian, letting the music lead but making sure her lyrics never follow. (Even “Gimme Some” shows Pitts’ unwavering commitment to the songs’ needs above all: fellow rapper LXVNDR gets centre billing, while Pitts sings an earworm of a hook.)


There’s perhaps no better example of this than on the album’s first track, which Pitts says is “about how—and this is a case I've seen not only myself, but also a lot of my girlfriends—this seems to be a common trend of a woman being really good at what she does, and standing in her own. And men usually enjoy seeing that and are interested in that when they first see it. But then when you get with them, it’s ‘Oh, why are you acting like this? Why do you have such an attitude? Why are you being so big and so loud and so bright and shining so bright?’ And it's like, This is how I've always been, I've always had an attitude, regardless.”


Pitts continues: “It's basically just telling the story of like, no matter who enters my life, whether it's a man or woman, or friends, or anything, I'm always going to maintain exactly who I am in every single state.”


This hard-won sense of self—backed by a unique sonic stance that weaves R&B and rap together—makes Attitude even stronger. It’s also key to why Pitts is continuing on her music journey: “There was a time in my life, especially near the end of high school, where I was kind of a chameleon. I was changing my confidence levels, as well as my willingness to speak out, based on the environments and the groups that I was in. And since high school, since graduating, and coming into my own, I’ve found that I don't do that anymore. I speak on exactly who I am, and present myself the same to everyone regardless of fear of being judged,” Pitts adds. “So I really want to pass that message along to other young girls who may be feeling the same. That are going through middle school or high school or even university: Young women who just need to hear that message.”


I ask her about the pressures of being a woman in hip hop, if she ever feels like carrying these sorts of messages is too much. She’s quick to say no. “I grew up in Enfield, which is a predominantly white area, and I was the only Black student among a sea of white people. A lot of the time like throughout high school, these people made me feel like I wasn't beautiful, like my voice didn't matter. Like my music was good. Like I didn't have a place in this world. And since graduating, I've been able to see that that's just not true. And I have so much value and I should never allow anyone to diminish my confidence,” Pitts adds. “So I feel like it's so important throughout my career to make music for the stars who don't know they shine bright.”


By the time the piano plinks on closing track “Watcha Say” and Pitts announces “baby I’m the baddest, you know I don’t pay” it’s a truth you already know—and hopefully will soon believe about yourself.