The amnesty agenda for cannabis 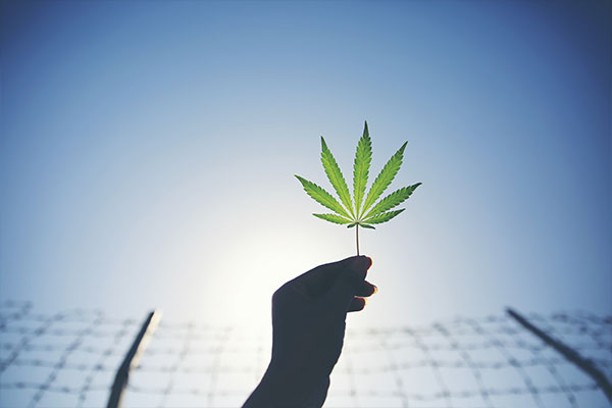 ADOBE STOCK
In Nova Scotia last year, 56 percent of all drug charges were for a product that’s legal as of this week.

Joining the list of things that used to be illegal and aren’t anymore—featuring margarine, Sunday shopping, alcohol and the right to vote for anyone who isn’t a white male—is cannabis.

After almost a century of prohibition, Canada’s path to legalization has not been clear-cut. And of all the groups considered in the long, costly task force on cannabis, the 600,000 Canadians with a pot-related criminal record were considered last.

The federal government announced the day of legalization that they plan to make it quicker and cheaper to obtain a criminal pardon for previous pot-possession convictions, which is good news for those sitting in Canadian jails (or trying and failing to get jobs because of their criminal records).

Myrna Gillis, CEO of Liverpool’s licensed cannabis producer , says that amnesty—clearing the record of minor drug for something that is now legal—is just a recognition that society has changed.

“If the objective of the legislation is to eradicate the black market,” says Gillis, “then some of those participants who were motivated, not by enterprise, but by compassion, should certainly have the opportunity to participate.”

Gillis got started in the industry as an advocate for medicinal cannabis and says there’s no question that criminal charges have impacted the lives of medical patients.

“Criminal charges impact ability to get employment, ability to travel,” she says. “There’s a certain stigma associated with a criminal record as well, even if that’s an unfair thing.”

Under previous cannabis legislation, the maximum penalties on conviction for possession of up to 30 grams were a fine of $1,000, six months in jail or both.

Until the Liberal’s drafted bill becomes law those charged with cannabis-related charges still have to pay $600 and wait five to 10 years to even apply for a pardon, which doesn’t guarantee the charges will be removed from their record.

Gillis puts the question of amnesty into three categories: People with criminal records because of exploitative, violent and criminal behaviour; the “good actors” in the industry who worked with compassion clubs to help get medicinal cannabis to people who needed it; and the “least controversial”—the ones who just consumed the product in very small quantities for their personal use.

The third category is what most people are thinking of when advocating for amnesty. Specifically, the Black and Indigenous Canadians who are overrepresented in cannabis arrests across the country.

Rachel Browne’s reporting for Vice News this year detailed this systemic, cannabis-related criminalization. Browne found that in Halifax, Black people were more than five times more likely to get arrested for possessing weed than white people, though they’re not statistically more likely to possess or use cannabis.

Those figures speak to why Claudia , MLA for Dartmouth South and the NDP’s justice critic, is calling cannabis amnesty “an equity issue.”

It’s why Chender and the NDP have pushed to stop street checks which for a disproportionate number of POC end in minor like cannabis possession.

“The reality is that as of the 17th, cannabis is a legal substance,” says . “And so it’s important that...we actually treat it that way. And that we don’t continue to penalize people for the use and possession of something that is now recognized as being legal.”

The case for amnesty here, says Gillis, is no different than amnesties granted retroactively in the past, like in the case of homosexuality.

“Those laws were not reflective of current day society.”