Halifax will pay $6.6 million for the wilderness property, but only if the Nature Conservancy of Canada kicks in $2.5 million. 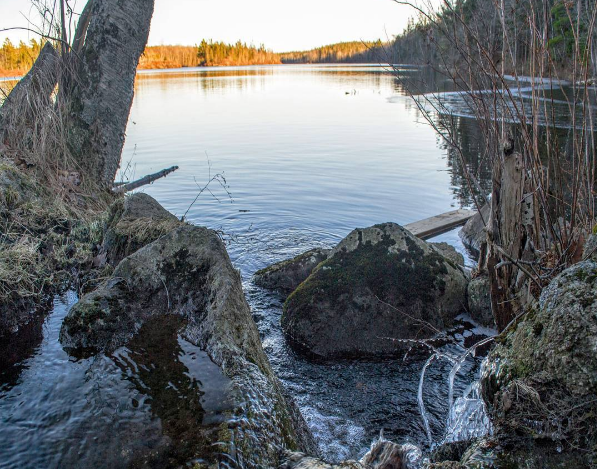 The municipality announced Wednesday that a tentative agreement has been reached to purchase the Purcell’s Cove Backlands, but Nature Conservancy of Canada program manager Craig Smith says the sale isn’t a done deal.

That's because Halifax and the NCC will share the $6.6-million cost to buy 380 acres of wilderness property from the Shaw Group. The municipality will pay $4.1 million, while the NCC will fundraise the remaining $2.5 million in return for a conservation easement protecting the land in perpetuity.

“We’re very happy with the outcome,” says Smith. “But all of it is dependent on NCC launching a successful fundraising campaign.”

As previously reported by Global’s Marieke Walsh, the land in question is currently assessed at $1.5 million. The Shaw Group purchased it in 2011 for $4.7 million.

Regional council met in-camera about the Backlands on Tuesday evening for over two hours before voting to rescind a previously approved motion from back in July, which had asked staff to negotiate with the Shaw Group in order to purchase the property. The reasons why are hidden in a confidential staff report, but it appears the price tag at least has been settled.

“Through the hard work of many partners we are closer than ever to realizing the desire to preserve these unique wilderness lands for the use of many generations to come,” mayor Mike Savage said in HRM’s news release. “As our city grows, it is more important than ever to preserve natural recreational spaces.”

The property represents the lion's share of the Purcell’s Cove Backlands, just beyond the Armdale Roundabout. It’s a “continentally relevant” ecosystem, says Smith, which is home to dozens of migratory birds and threatened species. All that, and only a short bus ride from the downtown.

Clayton Developments, a subsidiary of the Shaw Group, originally purchased the swath of wilderness in 2011. Four years later the company petitioned council to rezone the property to allow for residential development, rather than keep it “for no other purpose than park and open space.”

When that was denied, the Nature Conservancy approached Shaw about turning the land into a park. Allan Shaw himself appeared before council last spring pitching the unsolicited idea, offering to sell 170 acres directly to HRM and offload the remaining 209 to the NCC—who would lease it to the city on a renewable 99-year-term.

Under the just-announced tentative agreement, HRM will purchase the entirety of the lands with the financial assistance of the NCC. The Shaw Group will develop a parking lot and the main entrance for what is now being called the “Shaw Wilderness Park.”

“We are very excited to be part of this opportunity being undertaken for the residents of Halifax Regional Municipality,” writes Allan Shaw in today’s release. “As community builders, the Shaw Group is thrilled to be part of creating a legacy for the people of Halifax for many generations to come.”

Smith says the groundwork for NCC's fundraising campaign is already being set, but it won't launch until after HRM completes public consultation on the project.

The hope from all sides is to have the new park open within two years.