The Scottish kings of pirate metal on the addictive rush of Magic the Gathering and Mountain Dew. 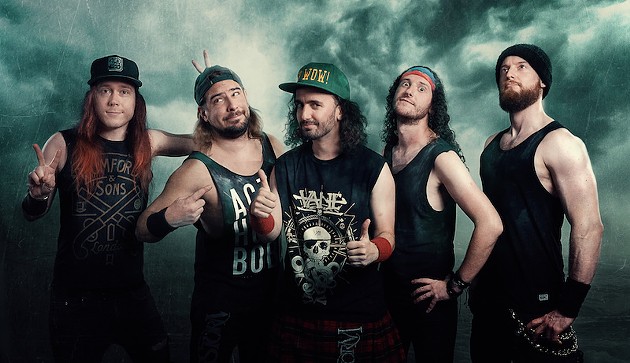 Robert Zembrzycki photo
If Will Turner from Pirates of the Caribbean was transplanted to the 21st century and took up music, he'd probably join Alestorm.
Sailing the high seas of heavy metal since the mid-2000s, the members of Scottish band Alestorm wanna melt your face with Metallica-inspired guitars while having their tongues firmly planted in their cheeks. Probably the biggest pirate metal band out there—something the five-piece leans into with album titles like Captain Morgan's Revenge and song titles like "Fucked With An Anchor"—theirs is a perfect blend of kooky fun and serious song craft.

Here, in advance of a Saturday, Nov 2 show at The Marquee, the band's vocalist Christopher Bowes helps the dudes keep up their wild 'n' weird image while he answers our questionnaire:

1. What was the first album you bought with your own money?

"Oh god, it was pretty awful. I went to a record store and had no idea what I was doing, I think I got Slipknot’s first album, Vulgar Display of Power by Pantera, and Issues by Korn. Doesn’t get more entry-level spooky goth than that! My tastes rapidly evolved, thankfully."


2. If you were to name your influences, which name on the list would be most surprising?

"I’m sure people expect all the usual folky shite like Turisas and Korpiklaani and Finntroll, but these days I get more ideas from hot country artists like Luke Bryan and Kenny Chesney! Those dudes (or at least, their writing team) can make some real catchy music."


3. What’s the best concert or live performance you’ve ever gone to?

"Recently it was seeing the Book of Mormon on Broadway, that was absolutely phenomenal! Haven’t laughed like that in years. On a more metal level, probably seeing Blind Guardian for the first time at Metalcamp festival in Slovenia, in 2007. I had a wee cry, it was so wonderful."


4. What one thing/person outside of music has shaped the way you make music?

"Having to pay bills! If you’re gonna do music full time, you don’t have any other time to get a regular job. But life isn’t free. So you gotta work out a way to make good music while somehow making it profitable. It’s the unfortunate reality of the music business, that every professional musician is compromised in some way by the reality of existence. Everyone is a sellout on some level." 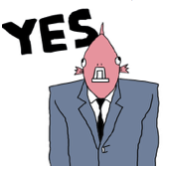 6. Share the last shot on your camera roll below: 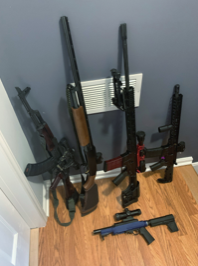 "You probably think I’m a maniac now, haha. I just enjoy the responsible ownership of firearms! Taking a friend to the gun range today, so I was showing him what we’re gonna shoot. Got an AK-47, two AR-15’s, a 20ga Pump Action shotgun, and a tiny wee blue Ruger 10/22."

7. When you’re not making music, what are you most likely to be found doing?

"It occupies a lot of my time, either being on tour, at home doing music business stuff, or writing songs. When I’m not doing that I like to play Magic the Gathering. Cardboard crack, man!"

"A giant cup of Mountain Dew and a barbecue sandwich."


9. What’s the best part about being a musician?

"I get to wake up really late. How good is sleeping in in the morning? Sometimes I wake up at a normal time and it terrifies me. What do people do at 9am? Why does it exist?"


10. What do you do when you wanna treat yourself?

"Meth, injected straight into the eyeballs."

Speaking of Ten Questions With , The Scene