Cat Fest's back, baby, along with the ever-popular Lebanese Festival, plus Propeller celebrates the big 2-0.

10
Untitled by Steven Zuo
Thursday // Friday // Saturday
A classically trained painter and one of the up-and-coming artists featured in The Coast's New Art issue in January, Zuo sifts portrait-style pieces of found objects and lost people through a twisted, abstract sieve for this show at Anna Leonowens Gallery.

9
Journey to the centre of our galaxy
Thursday
Tucked away in Dalhousie's Sir James Dunn Building is any wannabe-astronaut's dream: A vintage planetarium that maps out the night sky before your eyes. Weather permitting, the show is followed by a rooftop review where you can test your newfound constellation-mapping skills. Reserve your spot at astronomynovascotia.ca.

7
Public Potluck 1.0
Sunday
Eyelevel Gallery and the Loaded Ladle are teaming up to make summertime picnic dreams a reality with this BYOC (bring your own, uh, casserole?) potluck lunch on the Halifax Common.

6
Comedy at The Carleton: Caleb Synan w/Adam Christie
Sunday
With a resume that includes bits on Last Comic Standing and Conan, Synan blends Southern charm and razor-sharp wit. Take advantage of this chance to see at him at The Carleton with This Hour Has 22 Minutes writer Christie. 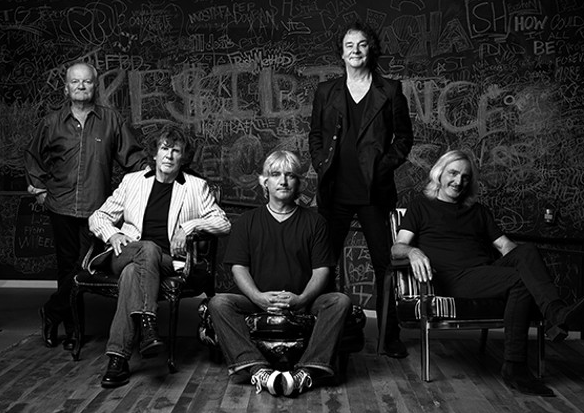 Submitted
Let The Zombies break your brain and melt your face with their weird, wonderful rock (see 5).

5
The Zombies
Saturday
The harmonies that break your brain, the organ solos that melt your face, the bizarre choice of leather blazers for 70-year-old men, there is no band like The Zombies. Let them have your heart at Casino NS.

4
Enfusion Live
Saturday
Local talent and world champions go head-to-head at this night of edge-of-your-seat kickboxing. The match that really has us biting our nails, though? Seeing Canadian Ashley Nichols go up against the UK’s defending title holder, Iman Barlow, in a five-round fight.

3
Lebanese Festival
Thursday // Friday // Saturday // Sunday
Plates of saliva-inducing hummus, tabouli and za'atar prepared the traditional way make the Lebanese Festival turn every foodie's head. But don't think this three-day celebration is only about the eats: Traditional Dabke dancing, documentaries about Lebanon and a sing-along game show round out the fun.

2
Cat Fest
Saturday // Sunday
Back for its third year with an added day of feline fun, Cat Fest promises to be the purrfect escape for cat lovers this summer. While event details are TBA as of newsletter time, organizers have announced a pop-up Cat Cafe that will surely be the star of the schedule! Dogs need not apply.