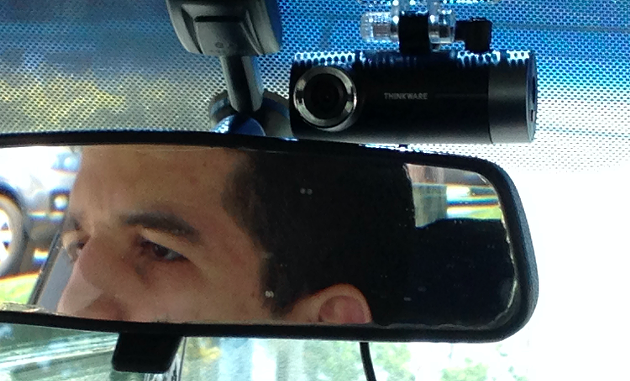 The Coast
A $100 Best Buy-bought dashboard camera on a Halifax taxi.
A staff report coming to Thursday’s meeting of the Transportation Standing Committee is proposing several improvements for passenger safety in Halifax taxis.

Driver conduct would also be part of the external study, which would review professional, moral and ethical conduct standards, along with possible regulations for automatically suspending or revoking a taxi licence.

The report comes as a response to several high-profile incidents of sexual violence in Halifax cabs that occurred over the last year, including the recent case of Bassam Al-Rawi.

The former cab driver was found by police with an unconscious and half-naked female passenger in his parked cab, and her DNA on his mouth, in 2015. Despite the evidence, Al-Rawi was acquitted of all charges back in March.

Municipal staff had suspended Al-Rawi’s license when he was first charged with sexual assault, but HRM’s Appeals Standing Committee reversed that call and allowed the driver to continue working under special conditions while awaiting trial.

In response to the not-guilty decision—and the community outrage that followed—city council voted last month to review whether the appeals committee should handle quasi-judicial matters like taxi licenses.

According to police, there have been 12 alleged sexual assaults by Halifax taxi drivers since 2012, including five last year.

The placement of the decals is currently voluntary, but draft bylaw amendments proposed in Thursday’s report would make it a requirement for cab drivers to display their license number both back and front passenger areas of their vehicles.

A previous safety review of the industry was completed by stakeholders in 2008. It was conducted in response to several violent attacks and robberies on taxi drivers.

Despite making multiple recommendations on improving safety, HRM staff say cab drivers and industry participants weren’t in favour of the safety review's mandatory driver protection systems and no bylaw changes were made in response.