Tax avoidance is legal and that should make you furious 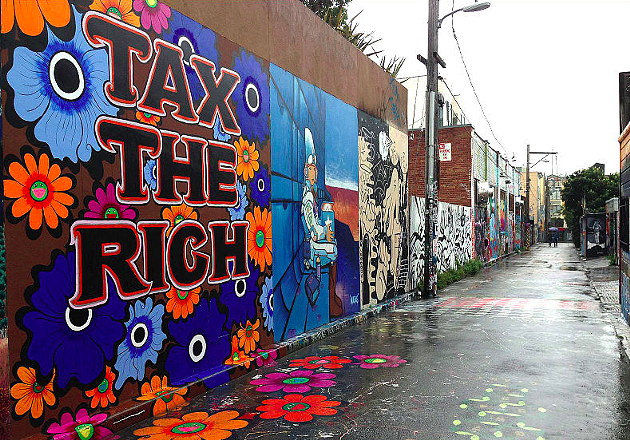 
Earlier this month the International Consortium of Investigative Journalists released the Paradise Papers—a massive leak of documents that show just how pervasive legal tax avoidance through offshore banking has become. Some of those whose dealings in Bermuda have been questioned have defended themselves by explaining that their critics’ outrage is misplaced since sending money offshore to places like Bermuda is completely legal if the accounting is complicated enough. What has largely been lost in the weeks since the papers were made public is that it is precisely the legality of these tax arrangements that should make us

JALANI MORGAN
Chris Parsons (@cultureofdefeat) is a political organizer, health care activist and occasional writer from Halifax. He is the co-host of Dog Island, Atlantic Canada’s premier cultural-Marxist podcast.
As CBC pointed out in 2016, Canadians have moved almost $80 billion dollars in Barbados. That means that wealthy Canadians and the companies they own have amazingly deposited almost $285,000 in Barbados for each human being that occupies the island nation. Barbados’ role as the tax-haven of choice for Canadians is not an accident. It is the result of tax treaties signed almost four decades ago which opened the floodgates to legalized tax avoidance. Similarly, by 2015 Canadians had “invested” $22.4 billion dollars in Bermuda; an island nation with just 65,000 inhabitants and no significant manufacturing or natural resources.

“A tiny part of our society has decided that their right to hoard their unfathomable wealth offshore to avoid taxes is more important than making sure that their neighbours don’t die.”

It is impossible to determine exactly how much tax revenue Canada loses to corporate and individual offshore tax avoidance, in large part because the Canada Revenue Agency has fought to keep those numbers secret. What we do know is that the gap between the wealthy and the rest of us has only gotten worse in Canada. We also know that public services like are in crisis in Nova Scotia and we are constantly being told that there is no tax-revenue to spend to make sure that people don’t die in hospital hallways.

And that is what should make us furious. While politicians tell us that despite living in one of the wealthiest countries in the history of the world we lack the resources to ensure everyone can get a hospital bed or clean drinking water, they simultaneously have built a system which lets the rich avoid paying taxes in Canada.

It’s insulting to the intelligence of the average Canadian to suggest that for reasons that have nothing to do with tax avoidance, companies are pouring tens of billions of dollars into countries whose entire economies are built on legal tax avoidance. It is outright despicable to suggest that the crisis in what is left of the Canadian welfare state has nothing to do with the policies that generations of elected officials have pursued that have lowered the domestic and foreign tax burden on wealthy Canadian individuals and corporations.

We have never had a public spending problem in this country, but we’ve chosen to create a public revenue problem. That revenue problem has hollowed out the modest programs we built to try to take care of each other; programs like public health care, public housing and social assistance.

We should publicly acknowledge that we have legalized tax-avoidance for large corporations and the ultra-wealthy, and at the same we need to be honest about the cost of these policies.
More than anything else we need to accept an uncomfortable truth: A tiny part of our society has decided that their right to hoard their unfathomable wealth offshore to avoid taxes is more important than making sure that their neighbours don’t die. And we’ve all decided to create a system of laws and tax regulations which says that there’s absolutely nothing wrong with that.