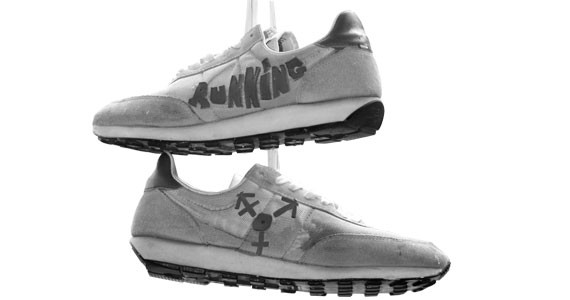 Tanya Bloomfield plans to raise money for Halifax's LGBTQ community by ticking off one thing on her bucket list: running a marathon, barefoot. Bloomfield, sponsorship coordinator for Halifax Pride, hopes to raise $10,000 for Safe Harbour Metropolitan Community Church when she runs the Bluenose Marathon this May.

Safe Harbour (3115 Veith Street) is a Christian organization, embracing the "Rainbow Community." Though not religious, Bloomfield, a transgendered woman herself, is impressed by the church's inclusiveness.

Safe Harbour plays a key role in Bob Fougere's life, who was hurt by the Catholic church's rejection of him as a gay man. Fougere, Safe Harbour's treasurer, says the funds would help the church serve its expanding population. The church runs a special-needs food bank, Manna for Health, serving people facing extreme poverty, HIV/AIDS and other life threatening illnesses. Safe Harbour also serves free Christmas dinners to around 200 people, who are alone or in need on Christmas.

"The usual reaction is 'That's the biggest meal I've had in a long time,'" Fougere says. Given extra funds, he would like to increase the church's support to Halifax's transgender community, which he calls a "totally under-serviced population in the province"