Council nears the start of budget szn and that means it's your time to shine, citizen.

THE COAST
It's budget szn, baby.
Every year, Halifax Regional Municipality presents a proposed budget to councillors, and councillors then vote on that budget. And every year HRM works to make citizen engagement a bigger part of that process.

From now until December 14, a survey that wants to know what you think Halifax does well—and what it does poorly—is live at halifax.ca/citizensurvey. It wants to know how you feel about accessibility, bike lanes, arts and cultural programming.  What kinds of things the municipality works on are very important or not important (like planning, transit, communities and mobility), and your thoughts on this question: "Based on the current economic situation do you think it’s more important that the municipality reduce taxes for citizens and business (through service reductions) or focus on maintaining and increasing services (through higher spending and taxes) to support the economy?"

The survey itself only takes about 10 minutes to fill out, and will inform the budget options put forward by HRM for council to vote on.

Before there's a budget vote (in late March early April), there's a proposal which is informed by strategic priorities that are set by HRM—a mish-mash of staff ideas and objectives and council direction. There was a set of strategic planning considerations for 2017-2021; at this week's regular Tuesday meeting, CAO Jacques Dubé and his team presented a new vision for 2021-2025 to regional council.

The vision has four proposed priority areas for council: prosperous economy, integrated mobility, communities and—notably, with its own line—environment. 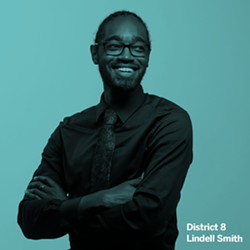 Councillor Lindell Smith
All kinds of objectives and initiatives fall under these categories, and for the most part at Tuesday's meeting, councillors were supportive of the direction. Councillors Lindell Smith and Waye Mason wanted to see the prosperous economy category explicitly state that prosperity is for all Halifax residents.

Many councillors also stressed that affordable housing needs to be a high priority—it'd fit under the "communities" category. Mayor Mike Savage went as far as saying he'd like to see someone employed by HRM to work on affordable housing—a significant step in HRM-land as far as actually getting work done on something. Reports are often written, but until there's a line in the budget to make addressing that report someone's job, it can sit on a shelf for a while.


On December 1 council will officially kick off the multi-year planning process, and on January 12 council will approve the strategic priorities and hear from the finance department about how and what will move to make those priorities happen.

The difference between the strategies and wanted outcomes, and the available money to fund those, is dubbed "The Budget Gap." That's where staff will come in with a possible proposed increase in the tax rate to allow all those goals to happen while keeping the municipality financially sound. And bringing us back to that budget survey, staff's proposal is theoretically informed by what we the people say about raising taxes.

There's also a "Budget Adjustment List"—often called the "Parking Lot"—where council can park certain items it's not willing to cut just yet, but also isn't sure if it's worth increasing the tax rate over. Tons of stuff ends up here, and it can get fiercely debated, though often the whole sum of the parking lot items is a fraction of the entirety of the budget.

To see what else HRM councillors said about the proposed priority areas and everything else that happened at council, check out The Coast's live reporting of the meeting on Instagram Stories.