Switcheroo! Tegan and Sara to perform at the Metro Centre Theatre instead of the Cohn | Music | Halifax, Nova Scotia | THE COAST

Switcheroo! Tegan and Sara to perform at the Metro Centre Theatre instead of the Cohn

Because it just got so crazy

No fan left outside on University Avenue, Tegan and Sara say 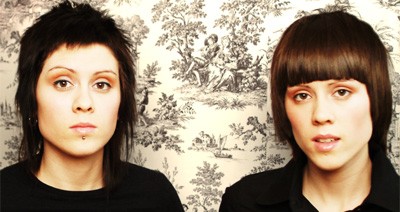 Press release HQ: "Due to overwhelming demand for tickets, the Tegan and Sara show scheduled for Wednesday, January 27 at the Rebecca Cohn Auditorium in Halifax has moved to the Metro Centre Theatre. Tegan and Sara are performing in support of their recently released album Sainthood (Sire Records) with special guest An Horse."

Now there's, like, a ton of things you need to know about this venue switch and seating and all that:

Tickets for the Metro Centre Theatre show are $32.50 in advance and $37.50 day of show (including tax) and go on sale Thursday, November 19 at 11 a.m. Tickets will be available at the Ticket Atlantic box office in the Metro Centre, at all participating Atlantic Superstores, by phone at 451-1221 and online at www.sonicconcerts.com. Major credit cards are accepted and service charges apply. Doors open at 7pm and show starts at 8pm"