Follow these recipes and consider yourself a sandwich artist. 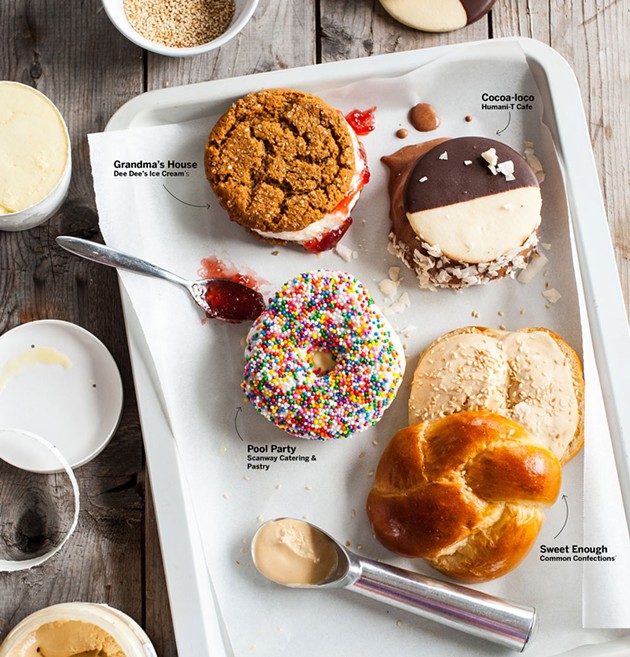 1. Ice cream, gelato or frozen dessert should be in your home freezer for five to six hours after its trip from place of purchase, before assembling the sandwiches, to avoid having ice cream soup on your hands.

2. Buy your frozen dessert in a paper pint, if possible, so that pucks of ice cream can be cut for sandwiches by sawing right through the pint with a bread knife, which means less handling and less melting.

3. Move quickly, and have all your ingredients out and at arm’s reach.

4. Once the sandwich is assembled, place in freezer immediately for three to four hours before eating—that way it will freeze again. You can wrap the sandwiches individually in wax paper or parchment, or place on a baking sheet in the freezer for more immediate eating.

5. From one pint of frozen dessert, four pucks can usually be cut,
which requires eight pieces for the sandwich sides.