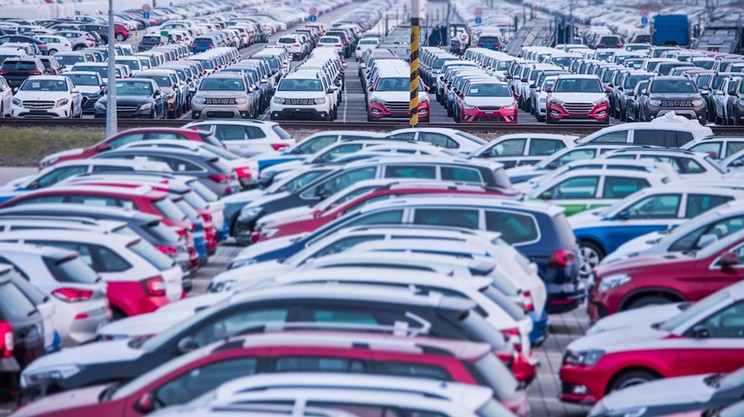 kovop58
Face it: most people aren’t out exploring, or even ripping up, nature in their SUVs.

It will never be environmentally sound to use two tonnes of materials to transport 100 kilos of human.

When bumper-to-bumper traffic chokes roads and SUVs fill urban parking lots, we can’t say we’re taking the climate crisis seriously. But it’s more than a question of consumer choice. The issue is systemic.

The auto industry spends enormous sums to convince people they need massive SUVs and trucks to haul themselves to work and the grocery store—as if two tonnes of car weren’t enough. The slick ads paint pictures of freedom and active lifestyles, of getting out into nature, failing to mention that their existence is putting nature and human survival at risk. Most aren’t being used as work vehicles or in rural areas.

Fuelling a climate of uncertainty in a time of war: It’s sad that young people are being sacrificed—sent to kill and be killed to protect billionaires’ interests. 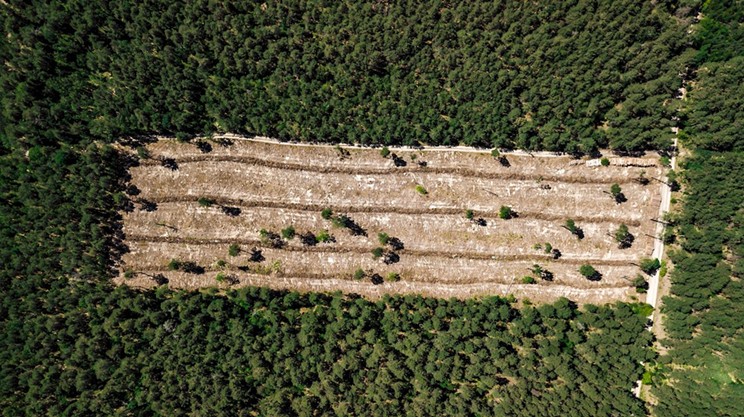 Slivers of hope in the latest IPCC report: We’ve locked some climate crisis damage in, says this week’s Intergovernmental Panel on Climate Change assessment, but adapting can increase equality.

Those ads work. During 2020, global energy-related carbon emissions fell by seven percent, partly because of the pandemic, but emissions from SUVs rose, as did sales—growing to 42 percent of the global auto market. The five most popular vehicles sold in Canada in 2021 were SUVs and trucks.

According to the International Energy Agency, “Emissions from SUVs have nearly tripled over the past decade, owing to their increasing popularity around the world, which has outpaced the growth of other segments of the auto market. Today, SUV emissions are comparable to those of the entire maritime industry, including international shipping.”

Cars spew enormous amounts of polluting, climate-altering emissions to mostly transport just one or two people. SUVs consume about 20 percent more energy globally than medium-sized cars over the same distance—30 percent in the US, where they like them big!

A recent study for the David Suzuki Foundation by the Sustainable Transportation Action Research Team (that’s START) and Navius Research examined this destructive demand for SUVs: “From 1990 to 2018 in Canada, the number of cars on the road went up by 10 percent, while the number of light-duty trucks went up by a factor of three (from 3.4 million to 13 million).” That added about nine megatonnes of greenhouse gas emissions to the atmosphere over the same period.

Buyers reported that environmental and public safety impacts didn’t factor greatly in their purchasing decisions. Most SUV drivers downplayed environmental effects, claiming their vehicles aren’t much worse than cars, and that they need them for space or safety.

“SUVs consume about 20 percent more energy globally than medium-sized cars over the same distance—30 percent in the US, where they like them big!”

As for the latter, the study found SUV drivers prioritized their own safety regarding accidents and difficult weather conditions, but expressed little concern about known impacts on others—pedestrians, cyclists, drivers and passengers in other vehicles. Half said they wouldn’t downsize under any conditions. Given the pervasiveness of highly effective advertising, it’s no surprise people have become so attached to these behemoths.

Vehicle electrification, including SUVs, will help, but it’s not the solution—especially as SUVs and trucks require more raw materials and use considerably more battery power than standard cars. It will never be environmentally sound to use two or more tonnes of materials to transport less than a hundred kilos of human.

Vehicle electrification isn’t happening quickly enough anyway. As an upcoming START research report for Équiterre and the Foundation found, Canada has an electric vehicle supply problem, especially outside of Quebec and BC, which have mandates to shift to zero-emissions vehicles. It found that without a federal mandate requiring manufacturers to produce and sell a growing proportion of ZEVs, an increasingly stringent vehicle emissions standard, a “feebate” that adds a premium to polluting vehicles and uses the money to reduce electric vehicle prices, or a combination, Canada won’t meet its ZEV or greenhouse gas targets.

The real solution is to change how we get around, and to reimagine our living spaces to reduce reliance on private automobiles. We must expand public transit, taking advantage of new and emerging technologies in electrification, autonomous vehicles, system efficiencies and more. We need to make it easier and safer for people to cycle and walk, and to choose other transport options, from electric scooters to skateboards. We need to develop walkable, livable neighbourhoods with easy transit access.

Many are also calling for tighter regulations or a ban on advertising for fossil-fuelled cars, as was done for cigarettes.

Face it: most people aren’t out exploring, or even ripping up, nature in their SUVs; often, they’re sitting in gridlocked traffic, pumping out pollution. That isn’t the road to well-being. We must do better.