Fill your calendar with these local happenings—both online are IRL. 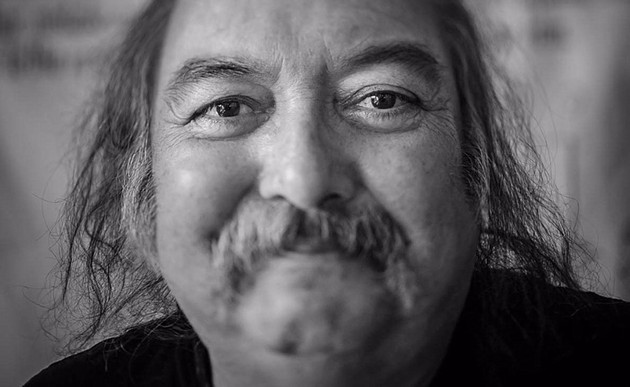 Alan Syliboy & The Thundermakers gets this year's Open Waters Festival off to a lightening strike of a start Wednesday night.

Renowned artist, activist and musician Alan Syliboy and his rain-bringing, eardrum-slapping Thundermakers open this year's online-only edition of the Open Waters Festival to deliver music that'll crack your skull open and scramble up what's inside.
Jan 6, 7:30pm, details and tickets at Ticket Halifax, $5/$10

So it turns out the tropical bird that lives at the Maritime Museum of the Atlantic—Merlin Macaw, the ride-or-die of the Museum of Natural History housepet Gus the Gopher Tortoise—has his own online talk (er, squawk) show. Tune in live for the feather-flinging fun on Facebook Live.
January 7, 11am, Facebook Live, free

The 2020 documentary First We Eat has has garnered lots of buzz—and won two awards at the Hot Docs Awards, placing in the top 20 audience favourites and top five Canadian offerings at the prestigious festival. Rent it until Jan 14 from Carbon Arc.

Carbon Arc Cinema continues to help tide over your indie film cravings until we can gather safely at the Summer Street screening spot. This time around, you can rent this 2020 documentary described by Carbon Arc as follows:
"Putting food sovereignty to the test in the far North of Canada–filmmaker Suzanne Crocker, living just 300km from the Arctic Circle, removes absolutely all grocery store food from her house. For one year, she feeds her family of five, only food that can be hunted, fished, gathered, grown or raised around Dawson City, Yukon on the traditional territory of the Tr’ondëk Hwëch’in. Add three skeptical teenagers, one reluctant husband, no salt, no caffeine, no sugar and -40 temperatures. Ultimately the story becomes a celebration of community and the surprising bounty of food that even a tiny community in the far North can provide."
To Jan 14, details and tickets at Carbon Arc, $11.29

A shot of smooth R&B to make your weekend kick, thanks to Hello Dollface. Tune into the livestream through Side Door.
Jan 9, 9pm, details and tickets at Side Door, $25

A cellist and composer who mixes palettes of classical and improvisational music, Gailey gives the sort of full-body listening experience that makes a livestream show more than just watching something on your phone. "I like the physicality of the cello," she tells The Coast—tune into the New Hermitage band member's solo set at Open Waters Festival and we bet you will, too.
Jan 10, 7:30pm, details and tickets at Ticket Halifax, $5/$10