Sue Uteck forthrightly and unapologetically fights for what she thinks is right. And, she knows the city---she knows where the bodies are buried, who holds the keys to which doors and what makes everything run.

That knowledge serves her well, and she uses it effectively. She falls on the right side of a lot of issues---she opposed the Chebucto widening and putting a truck highway in the rail cut, she continues to oppose a third harbour crossing and she’s unafraid to take on staff for issues like sloppy contracting and unnecessary increases in police budgets.

On the other hand, Uteck is reflexively in the hands of the development industry, and she’s utterly on the wrong side of the most important issue facing the city: tax reform.

I would’ve given Uteck a pass on the latter---people disagree, ya know?---except that she poisoned the discourse during the debate on transit taxes. It’s true, as she stated, that the average taxpayer in her district pays “twice what every other district pays in taxes” in a dollar sense, but they’re paying the same percentage tax as every other homeowner on the peninsula. She’s turned the fact of an average home value of $550,000, twice the peninsular average, into some sort of collective oppression against south enders. Uteck’s being dishonest, and she knows it. 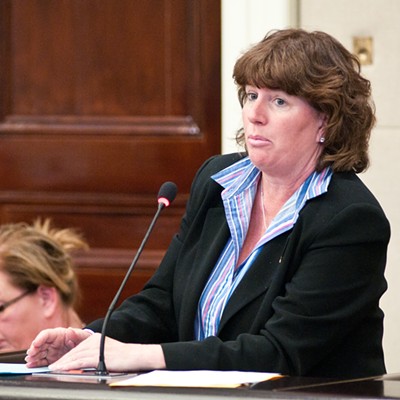