So I've had this photo, just waiting for the perfect opportunity. Thanks Elvis, for giving me the words, 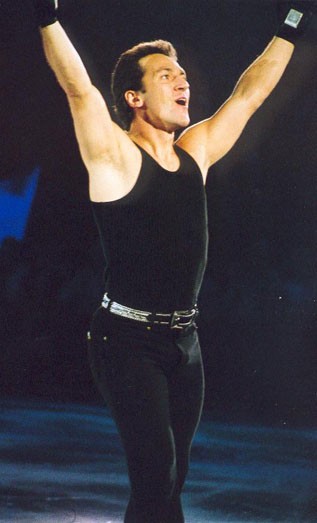 "I am going to watch hockey, where athletes are allowed to push the envelope. A real sport."

Apparently Stojko wasn't too impressed with last night's skating finals—he calls it "the night they killed figure skating," and thinks that Evgeni Plushenko should have won gold over American Evan Lysacek. And Stojko, like me, wondered how Patrick Chan got fifth place over Johnny Weir. Chan's "I'm not gonna do a quad" must be like a slap to Stojko. That dude was a super-quad machine. He is right though, I didn't see any triple lutz-triple toe loops from this crew.

Let's change our commentary around women in sport