Step into the Light 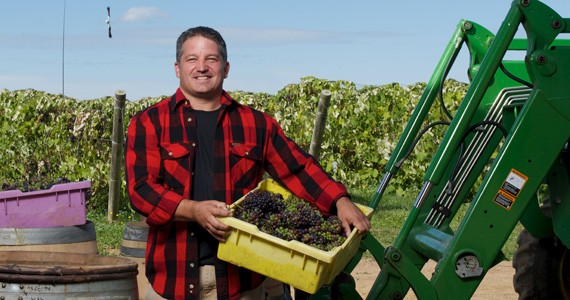 On the Evangeline Trail, on the edge of Wolfville, Michael Lightfoot and his wife Jocelyn are in the process of opening a new winery, suitably named Lightfoot & Wolfville Vineyards.

"It's all about creating a legacy—this is a family farm, and I'm the third generation on this particular land, and a seventh-generation farmer in my family," says Michael.

The farmland they began cultivating and testing for grape-growing seven years ago has been in the family for 70 years, says Jocelyn. "We are commercial poultry growers, but opted to diversify our farming portfolio."

The winery, which plans to be open to the public in the spring of 2016, will offer premium wines, with a focus on vinifera, such as riesling, chardonnay, pinot noir, ortega and pinot meunier. With 35 acres of crop, and at least 85 percent of those being classic vinifera grape varieties, Lightfoot & Wolfville Vineyards will have the largest winery planting of vinifera in the province. This is a step forward for Nova Scotia wine, as many of the planted grapes in the province are hybrid grape species, which are not as recognizable or as popular with consumers.

The team has been trying some of the same winemaking techniques as the famous region of Burgundy, France, aiming for a similar style, but with its own character. "We're excited for Nova Scotians to try our pinot noir and chardonnay," says Michael.

The vineyards and winery will also be named the first certified biodynamic winemaking in the province. Biodynamic winemaking is a holistic approach to viticulture in which terroir, crops and livestock are treated as having a reciprocal relationship. The project has already been certified organic, and biodynamics are being practiced on site, but it will take a few years of implementation to finalize that certification.

Construction of the winery will begin in the spring on the north-facing slope of the vineyard, overlooking the Minas Basin, with a clear view of the cliffs of Blomidon Provincial Park across the water. The site of the estate is a privileged piece of land for farming, because temperatures are moderated by the bay and tides, which means protection from harsh winter cold and frost.

The Lightfoots decided to cultivate the land for winemaking after Gerry McConnell and his late wife, Dara Gordon, of Benjamin Bridge, along with wine consultant Peter J. Gamble, approached them about the potential of their farmland. Moving forward, Gamble has worked with the Lightfoots to steer their project in the best direction.

So far, Lightfoot & Wolfville Vineyards' team is small, with only the winemaker, Josh Horton, the director of biodynamics, Kristi Barclay, its owners and Gamble working towards growing the best and cleanest fruit they can. "Personal interest in organics, good farming practices and viticulture," is what brings them together, says Jocelyn.

The roots that the Lightfoots have in the area are a large part of what makes them dedicated to the project. Even their winemaker was an employee at Lightfoot Farms, and is a local from the nearby town of Avonport. Jocelyn, who is also a certified sommelier, says her relationship with wine, and the vineyard, began very young, growing up beside Domaine de Grand-Pré. "My backyard was the vineyard and we [often] went to play in it."

To continue the family tradition, Michael's daughter, Rachel, will soon return from Brock University with a certificate in grape and wine technology, and will become the eighth generation Lightfoot to work the soil in the Annapolis Valley.

Although visiting the winery is still well over a year away, people can hope to get their hands on some early releases of Lightfoot and Wolfville's first bottled wines in the winter of next year, if things progress in the right direction. For now, "we're letting the wines speak to us," says Michael, "and let us know when they're ready." 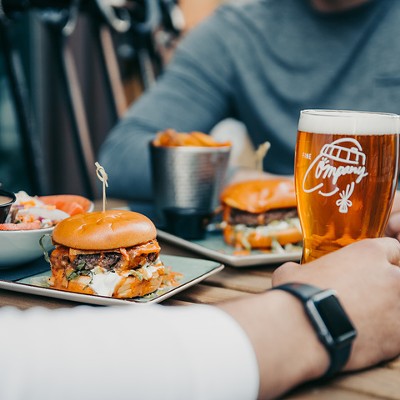