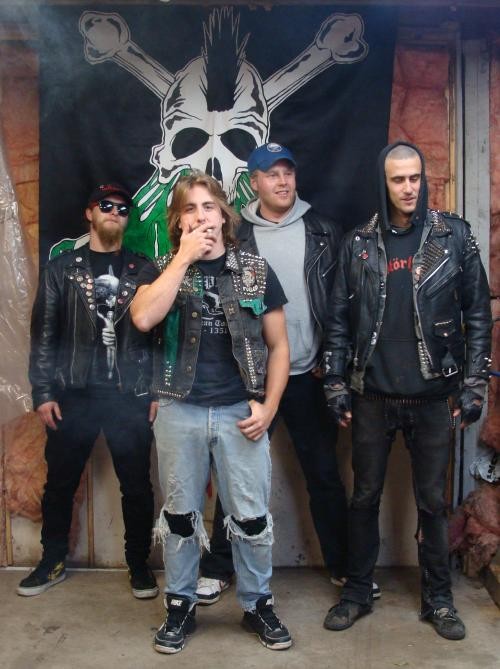 Gird your loins in a cool costume for a heavy metal Halloween party at Gus’ Pub with Spew, Abyssed, Black Moor and Terratomb (October 31, 10pm, $8/$5 with a costume). The Halloween show is an album release party for locals Spew, who describe themselves as “fast, drunk, headbanging thrash. With a sprinkle of punk dust.” Their album, Torn To Shreds, has been a long time in the making, due to some hilarious circumstances. “We took our sweet ass time with it. Recording was a little tricky at first,” says Slimey Sime (bass). “We recorded a lot of it on shrooms, then realized it wasn't a good idea to do that since it sounded like shit. I also farted and ruined a track.”

“Most of our songs are about drinking, or partying, but we still have a few that talk about what pisses us off or what we think is wrong in society. Nothing too preachy or whiny,” says Slimey. “We definitely are not PC.”

It’s an unwritten rule that if a band plays a show on Halloween, their costumes have to coordinate. It’s the most adorable part of Halloween shows! But what will Spew’s choice be? “I don't think there is a band theme,” says Slimey, disappointing all my hopes. “There was talk about going as the Ninja Turtles, but that fell through. I think there will be a long hair theme, or revealing swimsuit theme and possibly a Teen Wolf thrown in there too.” In addition to all that fun, there is also the brilliant idea of a raffle at the door for band merch from all the bands (tickets are $2).