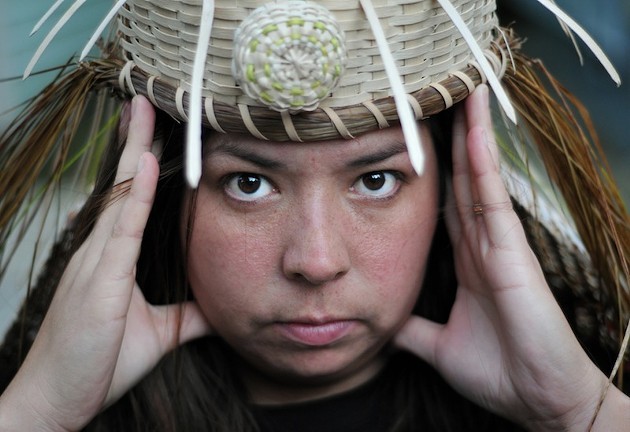 
Ursula Johnson could be the first Atlantic Canadian to bring home one of the country’s most distinguished art awards. The shortlist of nominees for the 2017 Sobey Art Award were announced on Tuesday, out of a list of 25 artists from across Canada. Johnson hails from Dartmouth, Nova Scotia.

The Sobey Art Award is considered among the highest recognitions for Canadian artists under the age of 40. The awards present an opportunity for young artists to exhibit their work at the Art Museum at the University of Toronto and receive a $50,000 grand prize.

Johnson’s Indigenous heritage serves as inspiration in her work. She is the first Mi'kmaq woman to graduate from the Nova Scotia college of Art and Design. Her multidisciplinary performance and installation art explores the ideas of identity, ancestry and cultural practice through a combination of contemporary artform and traditional Mi’kmaq techniques like basket weaving.

Other nominees on the 2017 shortlist include performance and video artist Bridget Moser (Ontario), multimedia artist Divya Mehra (Prairies and the North), photo and text-based artist Raymond Boisjoly (West Coast and the Yukon) and photo artist and videographer Jacynthe Carrier (Quebec).