So does the Centre Plan exist or WTF?

As councillors debate whether the new land-use bible is an urban myth, pressure mounts to finally wrap-up the overdue project. 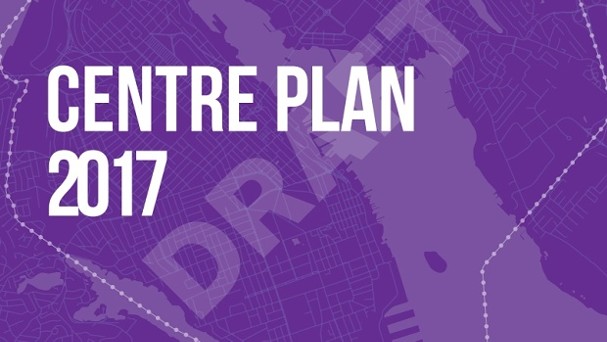 Armco’s proposed tower at the corner of Robie Street and Quinpool Road was approved by Halifax Regional Council this past spring at a staff-recommended, Centre Plan-inspired height of 20 storeys.

So back to council it all went, for another lengthy debate about appropriate planning decisions and the shape of things to come.

The discussion was a signal—a giant flare gun in the sky, according to deputy mayor Waye Mason—about council’s intent to live within the commandments of the Centre Plan.

“Are we going to actually adopt a meaningful height framework within the Centre Plan,” asked Mason, “or is it going to be a guideline that we’re still coming to council...to override again and again and again as we’ve been doing?”

But some councillors disagreed. You can’t override what hasn’t been approved.

“It’s not in place yet,” said Stephen Adams about HRM’s new planning bible. “Unless it’s approved through a public hearing, the Centre Plan doesn’t exist.”

A cutting-edge compendium of new development guidelines, the Centre Plan will be the municipality’s blueprint for future growth in the urban core. Depending on which councillor you ask, it’s either real or imaginary.

Councillors such as Mason, Adams, Lindell Smith, Russell Walker, Matt Whitman and Sam Austin have all argued either for or against its corporeity over the past year.

Some say the Centre Plan is virtually complete; only one rubber-stamp away from inscribing into stone HRM’s new land-use bylaws, and worth consulting for any current planning applications. Others call it an urban myth; as blurry as Bigfoot and still subject to countless revisions that make it useless in the here and now. Maybe it’s both. Schrödinger’s urban plan.

VIA HRM
What this corner and APL want are about five storeys off.
“I was listening to the council debate last week and it was shocking to hear some of the that was used to describe a project that we’ve been working on with council’s authority and they’ve been seeing on a regular basis and voting on.”

The idea for a new plan to guide development in the urban core goes back over a decade. Ritchie says efforts to actually get that process started had already sputtered out two or three times when he got to city hall in 2015.

“To say there was some disbelief in the development community that we could finish this project would be an understatement,” he says. “I think it took us a while, collectively as a municipality—the public, staff, developers, government—to believe in this project again and think we could get it done.”

Council approved the draft Centre Plan’s policy directions on June 13. Municipal staff are now using that broad framework to complete the first set of new planning bylaws for the urban core in 40 years. Formal adoption still TBD. Ritchie says the new rules will be ready come February. But don’t hold him to that. When he started in 2015, he confidently predicted the same bylaws could be completed by December 2016.

“I have been bad at predicting that in my time at the municipality, so I’ve kind of stopped trying,” he says. “I’m 14 months behind where I thought I was.”

So, yeah, there’s a tremendous amount of pressure to finally wrap this puppy up.

In the meantime, all current planning decisions coming to council—including Willow Tree—are being judged by staff largely based off the framework unveiled back in June. Despite fears from some councillors, Ritchie is resolute that “not much” of note will change between that policy direction and the final bylaws unveiled early next year.

A bigger question is whether the Centre Plan will spur growth or stunt it. Willow Tree has been left to die a natural death in the planning department’s phantom zone. The company will, at best, renovate its current office tower on the site. Twenty storeys is enough for the Centre Plan, but apparently not enough for APL to turn a profit.

“That’s one of the big questions we have,” Ritchie says. “Are we going to get the units we want? With these regulations do I get 18,000 units, or do I get zero units because no one wants to build if they can only go 20 storeys?”

There’s a huge concern nothing will get built, says the planner. That pressure is very much real. Whether the Centre Plan exists or not, the city-wide anxiety over what it’ll create is palpable.